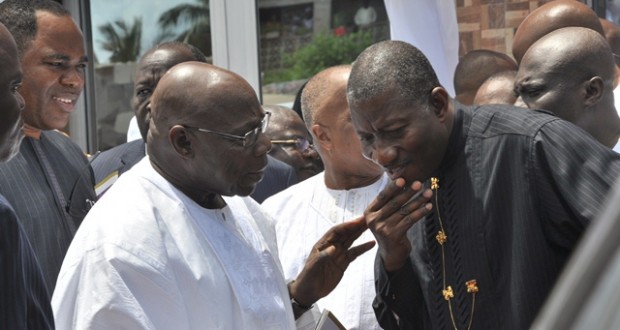 The Presidency has welcomed ex-President Olusegun Obasanjo’s offer to mediate with Boko Haram on the release of the over 200 girls abducted from Government Girls Secondary School, Chibok, Borno State, last month.

But the Presidency’s approval of the ex-president’s intermediary role is on the condition that there will be no exchange deal involving detained insurgents.

The Special Adviser to the President on Media and Publicity, Dr. Reuben Abati, who made this known from Accra, Ghana, where President Jonathan is attending a meeting of West African leaders on security in Mali and Nigeria, said: “The President welcomes any initiative on how to address this insurgency. He has always said that tackling insurgency is a collective effort.

“I am not aware of any objection to ex-President Olusegun Obasanjo’s initiative; we do not mind anyone assisting the government. As an elder statesman, the government welcomes his intervention”.

It would be recalled that Obasanjo had on Thursday night indicated his resolve to re-open new channels of dialogue with the sect after a preliminary meeting with families of Boko Haram in Abeokuta earlier in the week but stressed it would have to be with the blessing of President Jonathan.