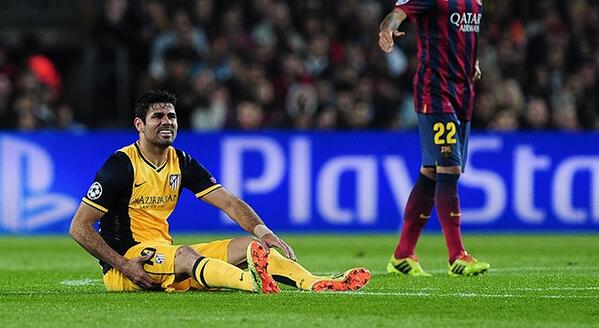 The striker was witnessed chasing after a ball against Barcelona in the last game of the Laliga season that saw them cling the trophy with a draw, but suddenly stopped running and went straight to the ground, asking for a substitution in the process.

A top source in the club has told the press the striker ruptured a muscle, and is set to miss the final. More dreadful, his World Cup hopes in doubt.