If the number one opposition force wants to boost its chances at the upcoming 2015 Presidential elections, none of its National Leaders should contest. 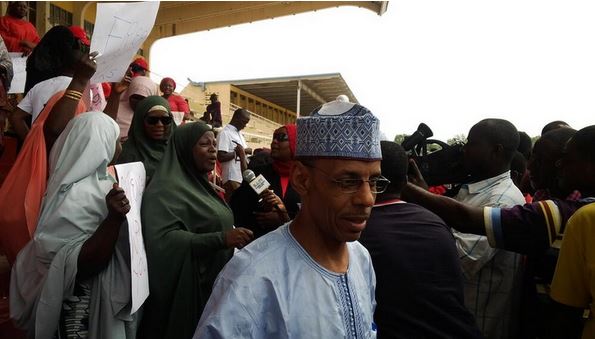 The APC Chairman in Kaduna state and the former INEC secretary, Dr Hakeem Baba Ahmed, decalered that General Muhammadu Buhari, former Vice President Atiku Abubakar and other National leaders of the All Progressives Congress (APC) must forget about their presidential ambitions.

He stated this during a public lecture on the topic The Role of the Citizenry in Ensuring Free and Fair General Elections in 2015 in Nigeria and its implications for National Cohesion’ at the Ahmadu Bello University, Zaria, Kaduna State, on May 7, 2014, Wednesday.

Dr Ahmed further noted that the following three months would be crucial for understanding whether the APC is a real or mere alternative to the ruling party.

“The chances of the APC in replacing the PDP will be intimately linked to the manner it allows intra-party democracy and the choices it makes in terms of who flies its flags. If APC picks General Muhammadu Buhari to contest as its candidate, it is certain that President Jonathan will run against him,” he concluded.

The APC’s strategy for 2015 is still under question. Reports that a Muslim/Muslim presidential ticket is being prepared sparked controversy, both outside and inside the party, with some prominent APC Christian leaders threatening to dump the opposition party.