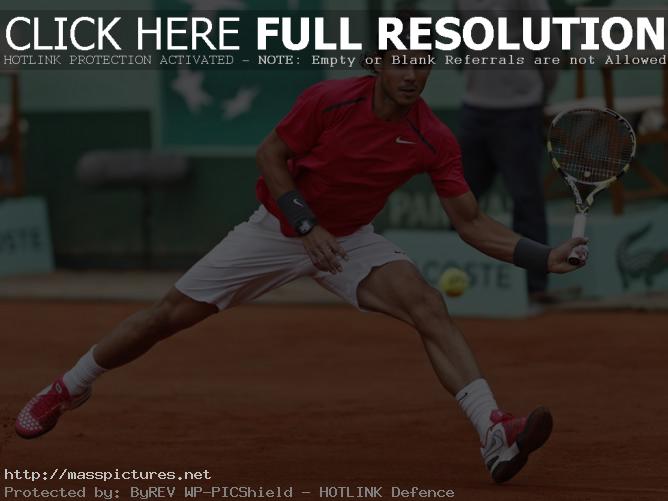 Guardian UK: This was the match Andy Murray said he wanted before the French Open, a resumption of his war with Rafael Nadal after two and a half years without a shot being fired. What the Scot did not need were a handful of ill-timed lapses that allowed the Spaniard to ruin his otherwise encouraging effort and win for the 14th time in their 19th contest to claim a place in the semi-finals of the Rome Masters, a tournament his rival has won seven times.

After being blown away in the first half-hour the world No1 held his nerve at 2-4 in the third set to win 1-6, 6-3, 7-5 in two hours and 40 minutes, his third three-setter of the week and a victory to calm his own recent jitters under intense if fitful pressure.

He plays Grigor Dimitrov in the evening semi-final for the privilege of contesting Sunday’s final with the winner of the afternoon match between Novak Djokovic and Milos Raonic.

Murray was disappointed but not shattered.

“Obviously I am disappointed losing from 4-2 in the third. It was a poor game. But tactically I did pretty well for the majority of the match. You don’t get many chances to beat Rafa on clay. He was a little bit stronger than me at the end.

“I feel like my game is getting there but I don’t think people sometimes respect the severity of the back surgery [that he underwent last September]. I’m getting close to where I want to be, though. That was probably the best I have hit the ball on clay for a while and the best I have felt physically since the surgery. To win against Rafa on clay is one of the toughest things in our sport.”

The other three quarter-finals on Friday did not match the intensity of the night fixture, played out under spitting skies and a full house on the Campo Centrale, Murray setting the tone in a lightning start.

He demoralised Nadal in the first set, on the back of a ramped-up serve that brought him five aces and a stream of nagging shots to the Spaniard’s backhand.

The world No8 hit the spot, wide, deep
or short according to need and there was little Nadal could do about it, apart from a nine-minute barrage in the middle of the set on Murray’s serve.

Not many players have won 11 games in a row against Nadal but, after half an hour, that was the astonishing number next to Murray’s name, given he was 5-0 up to go with the bagel he inflicted on the Spaniard to conclude his win in Tokyo the last time they met, in October 2011.

Nadal becomes almost indignant when he is being treated like this and, after saving a service game, resumed, “playing angry”, with extra bite on his
forehand and more spring in his movement.

When Nadal saved break point with a swinging ace to hold in the second set, the tone of the contest changed and soon. he was 3-0 up, threatening to run
away with the match. He served out the set to love and, after an hour and a half, we had the potential for a memorable finish – but a loose forehand and Murray’s third double fault handed Nadal a break at the start of the third.

A miracle save for deuce – from a foot behind him in the tram lines and in reverse gear – and a succession of high-grade exchanges got Murray back on level terms at the third attempt. He pinned Nadal deep for four break points in the sixth, cracking the deadlock
with a wicked forehand return off his second serve for 4-2 – then handed him the advantage back when failing to put away a regulation smash, two break
points down.

The final shot of an enthralling and strangely uneven battle was Murray’s forehand, drifting harmlessly long. On the first day after his 27th birthday he could at least celebrate stretching Nadal to the limit.

Dimitrov got two birthday presents earlier in the day: a 6-1 retirement win against Tommy Haas, whose shoulder went on him again – and a strawberry cake shoved in his face by his eccentric Australian coach, Roger Rasheed. If he beats Nadal on Saturday and wins the final here on Sunday, Dimitrov, the
youngest player in the ATP world top 20 at 23, could move up four places into the top 10.

“Very tasty,” is how he later described his slapstick moment. “It definitely was one of the most memorable days of my life. It was a bit unfortunate the way it ended up [not the cake-throwing; Haas
quitting with a shoulder injury after 36 minutes and losing the only set 1-6]. But I’m just a happy birthday boy today.”

He added: “All the so-to-speak young guys, we are all fighting to come on court in big matches and challenge in tournaments. It’s a step of progress for
us but, at the same time,everyone is pushing his own way. Everyone wants to get to the top. It’s a battle.”

The other semi-final is between Raonic, the second 23-year-old prodigy left standing, who took just over two hours to account for Jérémy Chardy 6-3, 5-7, 6-2,
and Djokovic, who had a much tougher time of it against David Ferrer, outlasting the Spanish strongman 7-5, 4-6, 6-3.