Veteran Nollywood actress, Clarion Chukwurah has condemned AGN’s visit to Aso Rock led by Ibinabo Fiberesima, again! The actress just won’t stop.
She had previously expressed her displeasure with Ibinabo’s visit to the Aso Rock Villa in previous interviews. If you missed it, you can read here and here
In a new interview with Encomuim she states her reasons clearly

Thank you very much.  It gives me a great concern that we continue to face this kind of issue in this country.  Rather than determine the merit of the issues that are being raised, people will misdirect the whole point to be a personality attack. I do not have anything whatsoever against Ibinabo Fiberesima.  Ibinabo as a person is a friend of mine.  I have known her since the 80s when she was running a night club.  So, Ibinabo Fiberesima, as a person, is not the issue.  The issue is that she succeeded in a very commendable field which is accessing an appointment to see the President of the Federal Republic of Nigeria at a time like this when the President is engaged in all fronts.  It was a mighty opportunity that was given to her on a platter of gold.

My grouse is what did she do with it?  It’s about the Actors Guild of Nigeria.  Ibinabo Fiberesima led a delegation to see the President as AGN president. This is the constitution as amended for her (shows reporter a copy), which part of this constitution did she use that visit to actualize?  She asked for political appointment which is an attempt to destroy the guild. AGN is not a group established for lobbying for political offices. This is an association of creative people not politicians. 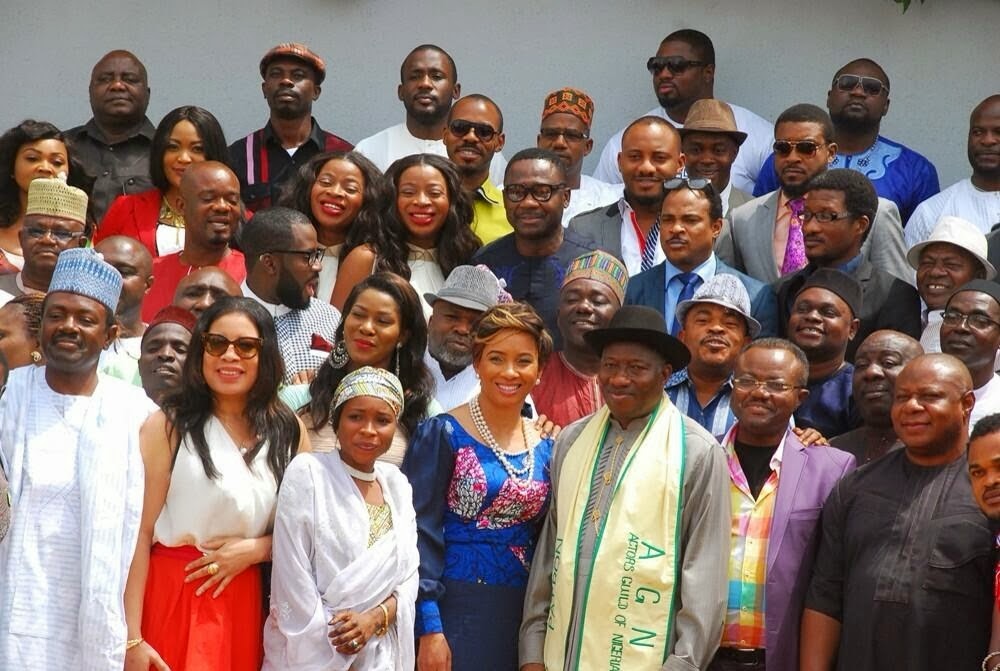 The constitution says, ‘We, the actors of the acting profession in Nigeria.” We’re not politicians, so AGN is not a political group.  Actors are creative people.  You did not ask the president to look into the private sector fulfilling what’s in the Nigerian constitution for the art in Nigeria for AGN, by speaking out that in the Nigerian constitution there is a proviso that once you’re running a business, a private company that’s a conglomerate or corporation or whatever, you have to be investing a certain percentage of your earnings into the art.

That is supposed to cut down your tax one way or the other.  This industry started as commerce driven, it didn’t start as a political party.  You didn’t ask the president for support on issues of legislation that could bring all the screen actors in Nigeria under one single body so that an enabling environment could be put in place for casting agencies for jobs for actors.  You went there to ask for a political appointment and a national secretariat in Abuja. And more shocking that she led a delegation that didn’t have veterans, she led a team, which some of them were said they were not privy to the fact that she was going to read an address, asking for all these things.  So, be that as it may, that has happened.  But it has to be corrected.