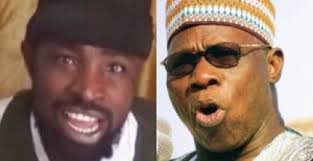 Ex-President Olusegun Obasanjo yesterday affirmed that he would be willing to play an intermediary role in efforts to locate and rescue the over 200 Chibok school girls still in Boko Haram custody.

He, however, said he cannot wade in without the go-ahead of President Goodluck Jonathan.

Obasanjo made this known in an interview aired last night on Channels television.

Recall that President of the Civil Rights Congress, CRC, and renowned independent mediator in the Boko Haram imbroglio, Comrade Shehu Sani had on Thursday confirmed that he attended a meeting convened by the ex-president in Abeokuta.

Sani had said in a statement that the meeting was attended by families of the Boko Haram sect members with the aim of opening new channels of communication.

Obasanjo told Channels he was “surprised at how certain meetings have turned out”.

“I cannot have a plan without the Presidency being involved”, he added, denying claims that he was “going on a one man mission”. He insisted that it would be “idiotic” for him to have done so.

The former president noted that he was put on the back pedal with Sani’s statement informing the state and national authorities that a meeting had taken place and admitted that he owed the government an apology for that.

On the allegation that the abduction of the girls was a plan by opponents to bring down the present administration, Obasanjo said: “If the Presidency is obsessed with one thing and one thing only and any other thing of concern to Nigeria is secondary, then the Presidency will take that position”, which he said “will be unfortunate”.

Obasanjo explained that “Boko Haram (sect) has been in existence for years…they didn’t disturb my government because when I was in government I did not disturb their Sharia”, adding: “Sharia is part of our constitution”.

Reacting to the statement by Chief of Defence Staff, CDS, Air Marshal Alex Badeh that where the abducted girls are being kept had been located, Obasanjo urged the military authorities not to engage in public relations stunts with the issue.

He said: “This is not an issue that you will play Public Relations propaganda with. It is a serious issue that is like a spear in the heart of the parents and whatever statement we make and action we take, if it will not really deal with the issue in a way that will bring those girls out safe and secure and make their families happy and will also give every Nigerian a sense of security, then such statements should not be made”.

He added that the American forces have the capability to confirm or debunk the statement made by the CDS but remarked, “I will be pleasantly surprised if those girls are returned intact”.