Niger State governor Dr. Muazu Babangida Aliyu has revealed his experience in preventing Boko Haram base formation in the state in 2010. 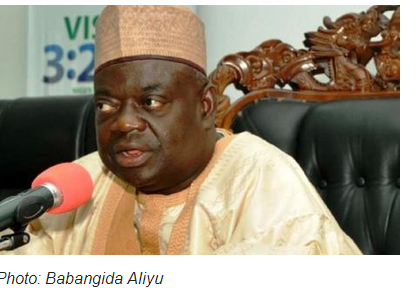 Speaking at the Adesoye College Offa, Aliyu stated he had been proactive in sacking Darul Salam sect where some Boko Haram leaders were once encamped, Niger Times reports.

He urged the governors to handle the security issues seriously.

He was quoted saying:

“We were proactive in managing Boko Haram insurgents from having a base in Niger state. Imagine having Boko Haram in the middle of Nigeria? A governor must at all times seek ways of protecting the lives and properties of people in his state.

“Security challenges therefore does not happen just like that, it takes the indulgence of some elites who are desperate in gaining political advantage. It is the thugs they engage that are causing the nation serious security challenge.”

The official also urged country leaders to exercise true democracy and, appealing to schools authorities he asked them to grow the Nigerians with chastity and teach them to be goal-oriented.