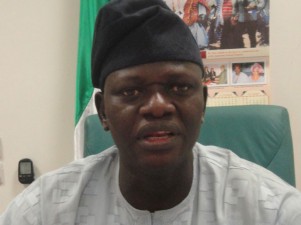 A member representing Jos South and Jos East Federal Constituency in the House of Representatives, Hon. Bitrus Kaze, has faulted a statement credited to the Sultan of Sokoto, His Eminence, Alhaji Sa’ad Abubakar that military strike was not a panacea to the Boko Haram insurgency.

The revered monarch, who spoke at the 7th Annual National Conference of Muslim Lawyers Association of Nigeria (MULAN) on Thursday, called for continuous dialogue with the insurgents as the war against terrorism cannot be won with force, citing the case of the US Government’s swap deal with the Taliban, which saw an American soldier released in exchange for five very senior al-Qaeda leaders.

“There is need for dialogue. You cannot win any insurgency by way of force. When somebody tells you that he is not a Boko Haram, please take it that he is not because if he is (Boko Haram), he will never denounce it”, the Sultan was quoted as saying.

But in a statement signed by the lawmaker on Friday, he described Sultan Abubakar’s comment as unfortunate, as it came at a time the war against terrorism in Nigeria was gaining international recognition and assistance.

He said, “Coming shortly after another extension of emergency rule in Adamawa, Borno and Yobe states and at a time when the war against terrorism is gaining global attention following the abduction of nearly 300 schoolgirls in Chibok, the statement credited to the Sultan of Sokoto, Alhaji Sa’ad Abubakar, that the war against insurgency cannot be won by use of force is depressing, counter-productive and very dangerous”.

According to Kaze, the comment was capable of demoralising the morale of troops, who are in the battle front in the campaign against Boko Haram.

Kaze added, “As a retired Colonel whose last duty post was Pakistan, the hotbed of global terrorism, the Sultan should understand better the implications and inevitability of the use of force in Nigeria’s counter-insurgency efforts”.

The lawmaker stressed that no counter-insurgency strategy could be sustained anywhere in the world without the use of force.