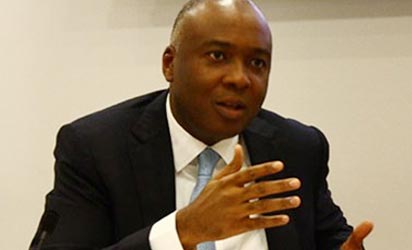 All Progressives Congress (APC) stakeholders in Kwara State under the banner of Time for Change Leadership Initiative (TCLI) yesterday called on the immediate past governor of the state now Senator, Dr. Bukola Saraki, to accept various calls from well-meaning Nigerians across the nation and join the 2015 presidential race.

The APC stakeholders, which comprises the chairmen in the Kwara central, Kwara North and Kwara South senatorial districts, at a media briefing in Ilorin yesterday, said the acceptance of Saraki became imperative so as to provide quality leadership for the citizens; thereby bringing necessary positive change to the socio-economic and political development of the country.

The spokesperson of the group, Balogun said, “With the present situation in Nigeria today, the people of the country need a dynamic personality of note like Saraki so as to salvage the nation from the present series of challenges facing the country”.

He added that “the decision to urge Senator Saraki to contest presidential election in 2015 would also assist the nation to tackle all the challenges facing it. The Nigerian state is in a critical condition and nothing seems to be working, the economic climate is uncertain, the security situation is worrisome, the political situation is suicidal and there is persistent high level of corruption in our polity”.