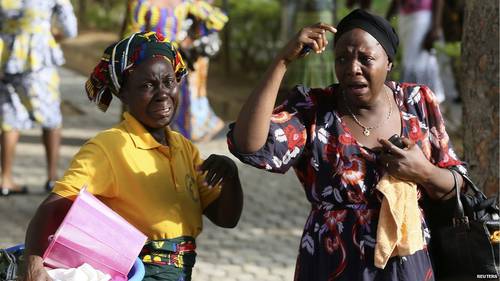 This comes barely 2 days after 63 women and children abducted last month in Damboa LGA fleed from their captors. However it was later claimed that the insurgents recaptured 45 of the escapees on Sunday.

Sahara Reporters exclusively provides the information about the latest escape with reference to top military officer, who pleaded anonymity.

According to him, the escaped victims were mostly from Borno State and had been kidnapped in separate attacks on the communities. The source added however that he was unauthorized to give the details about whether Chibok girls abducted almost 3 months ago by the deadly sect members were among the runaways.

Sahara Reporters military source described the women as distressed, disoriented and famished, however relieved to have managed to regain freedom. The victims were said to have been rushed to the hospital for medical check-up. They also narrated their ordeal and claimed that some of then had to leave their children in the hands of the captors.

“They have talked about how some of them who were trying to escape were killed and some forced back when armed Boko Haram militants discovered them escaping.”

Meanwhile in a yesterday’s interview with BBC World Service Radio the man who identified himself as a “spiritual leader inside Boko Haram” said that Chibok girls were in good health adding that they would be released if the Nigerian government freed the sect prisoners.