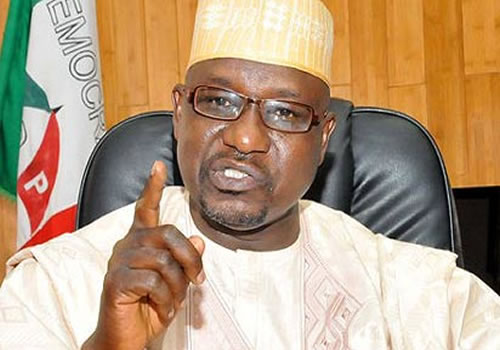 Speaking while addressing stakeholders at the Conference hall of Lelewal Motel in Jimeta, near Yola, the Adamawa State capital, Gulak said his intention to contest the gubernatorial seat, which became vacant following the impeachment of Murtala Nyako, was to right the wrongs of the past administration.

He allayed any fear over imposition of candidates in the gubernatorial race just as he said the Presidency and the Peoples Democratic Party national leadership had no intention to impose any candidate on the people of Adamawa.

The former presidential aide noted that such assurance of an enabling and fair level ground would give the process more credibility as only the right candidates will emerge.

He maintained that the era of imposition was over in the PDP as President Jonathan wanted to see the emergence of popular candidates in the party.

Speaking at the occasion, the director-general of Gulak Campaign Organisation and former deputy governor of the state, Engr Lynn Nathan, argued that of all the aspirants that had already declared their interest in the seat, none of them could match Gulak in terms of pedigree and experience to take Adamawa to the Promised Land.

Nathan urged the delegates to choose competent persons and shun politics of religion and ethnicity saying such tendencies undermines the principles of democracy.

Many of the delegates and coordinators that spoke at the occasion expressed support for Gulak’s aspiration, vowing to assist in his emergence as the flag bearer of the party.