Arsenal forward Theo Walcott is not expected to return to training until the end of August.

“We expect him to be back in full training at the end of August,” said Arsenal manager Arsene Wenger. 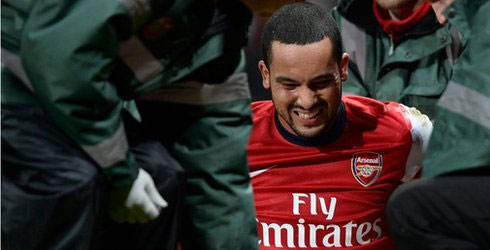 The England international missed the closing fixtures of the 2013/14 season and the World Cup in Brazil.

“Theo has a good basis, which is what he’s working on now,” added Wenger.

He was expected to be sidelined for 6 months, but the club has now accepted he would not return before the start of the season.