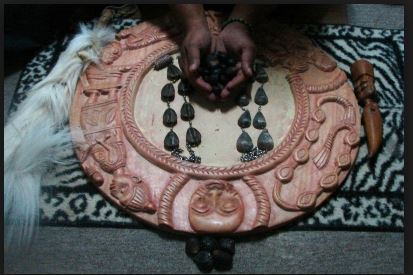 A powerful herbalist also an ‘Ogboni’ cult ruler, Sunday Boboye in Akure North Local Government Area of Ondo State who publicly renounced the fraternity after 10 years and has now accepted Jesus Christ revealed how he used satanic powers to destroy so many lives.

Sunday Boboye who said he he had committed terrible sins with the dark powers the ancestral gods he served gave him opens up to Daily Sun about his journey into the occultic group and his conversion to Christ.

The former Ogboni chief who rose to the rank of Egan Oke (meaning an elder in the Ogboni fraternity) denounced his membership and burnt all the traditional deities he had served when he was an herbalist said:

“I am the traditional head of Ode community. I give glory to God for saving me and making me to be alive today.  The lord Jesus has arrested me and saved from evil association with Satan. I was an herbalist, a powerful one for that matter. And I am well known in Ondo State. 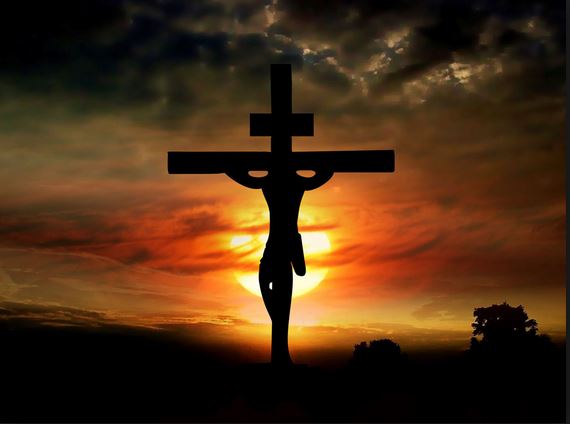 But today, God has taken me out of the darkness”. Boboye declared while denouncing his old association before his people who trooped out to see their once dreaded occult grand master and leader now wining and dining with Christians.

“Many people in Ode are surprised to see me with members of the Lord’s Chosen church and other Christians today and even wearing this apron, because they know who I was. They know about the tremendous power I wielded as grandmaster in occult kingdom.

On why he joined the occultic group, Ogboni, the 45-year-old Boboye said: “I wanted powers to face the mighty and powerful people who have usurped my fathers’ land. To do this, I needed to accept one of the heist titles in the land and which was my family’s royal entitlement. It is the Ajagun (General at war) of Ode land.”

After his initiation, he had access to dreaded powers that not only made him very popular in Ondo State but also made many to fear and tremble before him.

“If I decreed that somebody would die tomorrow, that is what will happen. The person will die. If I tell somebody that he would not eat the next day, the person must be prepared because that is what would happen. And if I decreed that someone would not sleep in his house the following night. It also would also happen. I was doing all these using the dark powers bestowed on me by serving the devil.

“I had all the ancestral gods in Yoruba cosmology. I had Sango, Ogun, Osanyin, Iya Ogbo, and Osun among others. Whenever I wanted to go and fight on land issues, I used to kill dogs for Ogun to appease him to give me victory. I also appeased other gods with their demands, but they failed me, they didn’t tell me I would have a serious case before it happened and when it happened they couldn’t save me except God.”Boboye disclosed.

In his shrine, there is a repulsive image of the head of an old woman, he referred to as Iya Aye or Iya Ogbo, otherwise called the earth’s mother or the Ogbonis’ mother.

“All the witches meet at her place. But she is a molded image. If there is a puzzle to be resolved, we visit her and present the issue, the witches then respond to us and make it look like she did so. There is also the Sigidi. Whenever we want to attack someone with a spiritual arrow, we christen the Sigidi after the person to be attacked so that the Sigidi would represent the victim spiritually. We then launch the arrow at the Sigidi in order to hit the victim. And after the attack, we wash off the victim’s name on Sigidi so that we can use it to represent another person in the future.”

“Then there is the antelope’s head; if the victim on whose land the head is buried, steps on this, he would suddenly have his legs and other parts swollen and that would eventually lead to his death.

On what led to his conversion to Christianity, Boboye said: “In January, an unusual Christian from The Lord’s Chosen church who had come to buy some pieces of land from me, challenged me on the gods I was serving.

“I had boasted to him that I had remained safe, taking over all our ancestral land from our enemies all these years because the gods of my fathers have been protecting me. But the man told me that the only most powerful, who can protect me surely is Jesus Christ.

He further advised me to accept Jesus Christ as my Lord and savior but I said that couldn’t happen because I couldn’t lose the tremendous powers I have. The man then told me that if I refused to accept Christ and serve the true living God, God would arrest me one day and bring me to Him. I told him to tell his God to bring me to Him if He likes.”

“It wasn’t up to a month after that encounter; I got roped in a robbery case.”

On getting to the Special Anti-robbery Squad (SARS) of the police in Akure, he was arrested and threw in jail.

“Whenever, I have a case with the police, I don’t spend more than five minutes before solving it because I’m very popular with the police in the state…the policemen feared me, because I could pronounce a curse on them and they would be dismissed, but that night things turned suddenly against me. The police threw me into the cell and the next morning, my driver was brought to me. I was asked if I knew him and I said he is my driver. The police then said that I was being arrested on the suspicion that I sent the boy to rob.”

“My driver denied robbing anybody but the policemen beat the hell out of the two of us and threw us into the cell again. The next morning I was taken to the court and from there I was sent back to prison. And that was when a long nightmare began for me. I was detained and refused bail for over five months but God Himself visited me in the prison.”

One of his mates in the prison, a deadly thug turned Christian convert, Dagas preached to him.

“A prison mate named Dagas, who was jailed for being a deadly thug but had become a Christian convert in prison, preached to me and I was touched. One day, I had a powerful dream after praying with Dagas. I saw my dad by my bed in prison. He asked me if all the ancestral gods I was serving have saved me. He gave me a Yoruba Bible and asked me to first read Psalm 119: 68 which reads: ‘before I was afflicted, I had gone astray’.

“When I woke up and told Daggas about the dream, he praised God and said that my being imprisoned was God’s design to save me. Dagas said that it wasn’t my father who appeared in my dream but God himself.

“The brother urged me to continue to pray to God to deliver me from the prison…Barely a week after, the same judge who had been refusing me bail, rejected several sureties and all that, miraculously granted me bail.”

Boboye who gave his life to Christ at the Lord’s Chosen Charismatic Revival Ministries advised the other traditional rulers, saying:

“My advice to all the Obas and the chiefs is that they should accept Christ because He is the one that can solve their problems.

“Now that I have accepted Christ, I have peace of mind, I’m no longer afraid of anybody. In fact, before anything would happen to me, God would have revealed it to me in details in a vision. I have burn all the shrines I built for these small gods and I have denounced them publicly”.