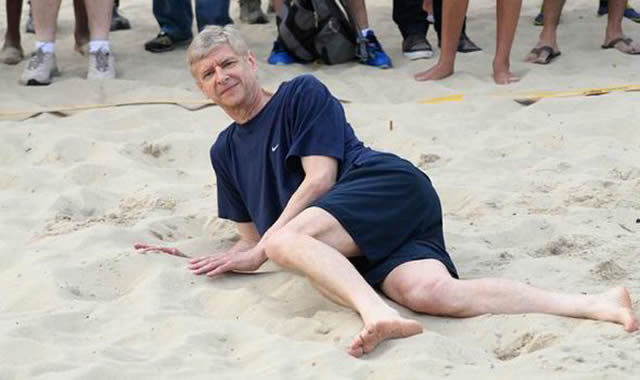 Reports from the Spanish daily says Arsene Wenger had a private meeting with Alexis Sanchez in Brazil, to convince the Chilean forward to move to NorthLondon.

Wenger requested a meeting with the player and its apparent his “sweet talk” and charm was the decisive factor in the successful transfer. Afterwards, Sanchez spoke to his agent Fernando Felicevich, that his mind was made up and picks Arsenal.

Juventus, Acmilan, and Liverpool were keen to secure his services, but the French Manager did his bits, similar to Mesut Ozil’s capture.

Mesut Ozil told the press after joining Arsenal that it was Wenger’s “sweet talk” that lured him to the Emirates.

It has been a precedent method by the French man though.

While United were close to signing Aaron Ramsey, Wenger swooped in and flew the player and his family to Switzerland for a private meeting. The end product was a professional deal for the Welsh Midfielder, who had a magnificent last season for Arsenal and scored the winning goal in that pulsating Fa Cup final.

According to Arseblog though, The final line of the Sport article says: “The seductiveness of Frenchman is inexhaustible.”

We at Information Nigeria can’t argue. Do you agree?