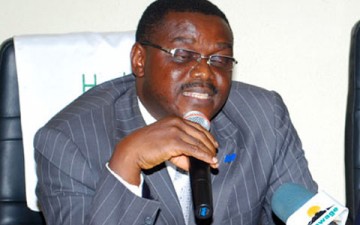 The Federal Ministry of Health has announced that a nurse, who treated Patrick Sawyer, the late Liberian infected with Ebola, has also died of the virus. It was also disclosed that six more people have tested positive to Ebola infection.

All six, who tested positive, were confirmed to have been in primary contact with the late Sawyer who died in a Lagos hospital late July and has since been cremated.

The nurse, who worked in a private hospital, is the first Nigerian to die from Ebola. The Minister of Health, Prof. Onyebuchi Chukwu, did not provide further details about her identity ostensibly for fears her family might be ostracized.

The Nigerian government has asked the US Centre for Disease Control to provide it with the experimental drug being administered on the two American doctors infected with Ebola in Liberia.

Both are said to be responding to treatment.

The minister, at a hasty press briefing this morning, demanded state governments to open up more isolation centres to contain people who might need to be treated or isolated.

He said the government would stop at nothing to contain the spread of Ebola.

Prof. Chukwu also said the 24 hours Emergency Operations Centre being established would be fully functional by Thursday and it will be headed by Faisal Shuaibu, a doctor.

Share
Facebook
Twitter
WhatsApp
Previous articleEbola: Donald Trump wants US to stop all flights from West Africa to the US
Next articleDavido finally addresses beef with Wizkid, says he was upset about Wizkid’s shade
- Advertisement -