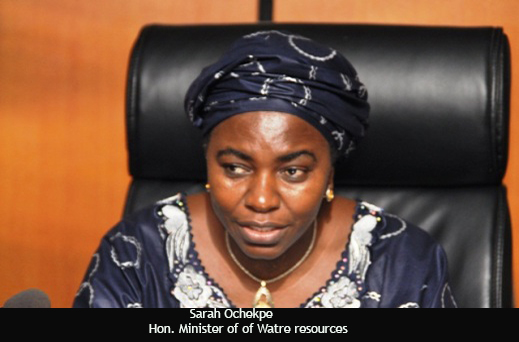 The Federal Government has re-awarded contract for the construction of the Mangu Regional Water Dam in Plateau, Mrs Olivia Dazyam, the state Commissioner for Information, said on Wednesday in Jos.

Briefing newsmen shortly after the weekly State Executive Council meeting, Dazyam said the project was re-awarded at the cost of N5.6bn.

She said that the contract, initially awarded by former President Olusegun Obasanjo’s administration 14 years ago, had since been abandoned.

Dazyam said, “The initial award raised the hopes of the people around the area but we were devastated when it was abandoned not long after.

“We want to therefore, use this opportunity to show our gratitude to Mr President for the gesture.

“We also want to thank the Minister of Water Resources, Mrs Sarah Ochekpe, for her contribution thus far”.

The commissioner said that the dam, when completed, would supply water to 10 communities and create 12,000 jobs.

Dazyam said the council also approved some recommendations of the State Tenders Board for variation on some existing contracts and also awarded new ones.

According to her, the council approved variation on the dredging and expansion of ponds in Yelwa and Rabin Du communities, to include gabion basket (a special arrangement of stones to hold the soil together), stone filling, deepening and other works.

The job, initially awarded to Bodawett Nigeria Ltd at a cost of N900m, was reviewed upward to N2.4bn.

She said that the council also approved the training of 200 graduates in ICT at the cost of N26m. (NAN)