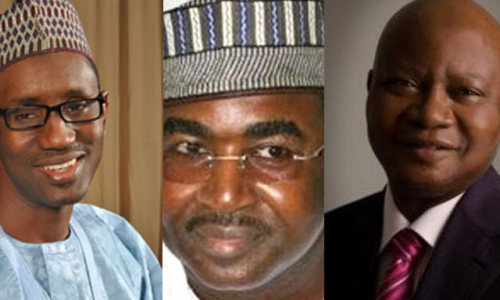 The waiver means the trio are now clear to participate in the party’s primary election slated for September 6. The eventual winner in the primaries will fly the party’s flag in the October 11 governorship by-election in Adamawa state.

Metuh said: “The National Working Committee of the PDP at the end of its meeting on Friday, August 29, 2014, unanimously cleared all aspirants who expressed interest to contest the October 11 Adamawa State governorship election on the platform of the PDP to participate in the party’s nomination process.

“After very careful and thorough consideration of all applications and the report of the Alhaji Abubakar Mustapha-led Adamawa State PDP Governorship Waiver Committee, the NWC was satisfied that all the aspirants met the requirements stipulated by the PDP constitution to participate in the process.

“Consequently, waiver has been granted to Gen. Buba Marwa, Engr. Marcus Gundiri and Mallam Nuhu Ribadu to take part in the exercise.

“The NWC hereby restates its confidence in the leadership of the National Chairman, Ahmadu Adamu Mu’azu, in providing a level playing ground for all eligible citizens of the state to participate in the democratic process.

“It assures that the nomination process, including screening of aspirants as well as the primary election will be conducted with utmost transparency and strict adherence to rules and the principles of justice, fairness and equity.

“Finally, the NWC debunks speculations that its members were divided on the grant of the waiver and reiterates that the decision to open the space for wider participation was unanimously adopted after very extensive deliberations”.

Meanwhile, all is set for the screening of 12 aspirants today in Abuja as from 10am.