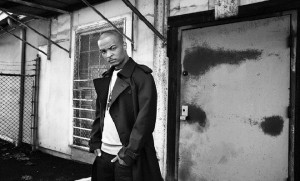 T.I.’s locked in a release date for his new album “Paperwork.”

T.I. recently revealed a slew of artists we can expect on Paperwork: The Motion Picture, his follow up album but no-longer sequel to Trouble Man. Along with revealing a bunch of featured artists, he hinted at a release date, saying it would drop in “Libra season.”

Today Billboard has unearthed the exact date, and true to Tip’s words, it is dropping in ‘Libra season’, with a release date of October 21st. In his previous interview with Bootleg Kev, T.I. mentioned that Jeezy, Trae Tha Truth, Nipsey Hussle, Problem, Rick Ross, Pharrell, The-Dream and Lil Boosie will appear on Paperwork.

Tip, who recently landed a role in the movie ‘Ant-Man’, has yet to reveal a tracklist, so keep your eyes peeled as more details are sure to arrive. Although, he decided to drop his artwork on instagram. Check it below: