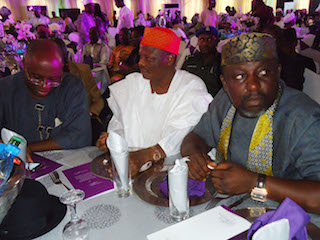 A delegation of the “Nigeria Project 2015”, a campaign organization of the Kano State governor. Engr. Rabiu Kwankwaso at the weekend visited Imo State Governor, Owelle Rochas Okorocha, to seek his support for Kwankwaso’s presidential ambition under the platform of the All Progressives Congress (APC).

Disclosing part of the outcome of their meeting to newsmen in Owerri, the Imo State capital, Kano State Commissioner for Information, Youth, Sport and Culture, Dr Abubakar Nuhu Danburan, who is the team leader, averred that their consultation with Gov. Okorocha was to seek his partnership with Kwankwaso.

He, however, noted that they were more impressed with the honest response from Okorocha, who, he said, told them of his similar contemplated aspiration to contest the presidency in 2015.

Danburan added that Okorocha though promised to support Kwankwaso if he eventually clinches the APC presidential ticket.

“Our consultation with Okorocha is a good one. We told him we came to pay our respect to him and seek his support. We are fascinated with his openness of telling us about the same ambition, but he told us that if there is anybody he wants to be there, it would be Kwankwaso.

“He also promised to be behind Kwankwaso if he wins the APC presidential ticket”, Danburan stated.

The delegation shortly after their visit to Okorocha, addressed some stakeholders of APC canvassing for their support to help Kwankwaso win the presidential ticket of APC.

The commissioner, who also addressed the stakeholders, maintained that Kwankwaso is a true leader who can address the current challenges bedeviling the nation, adding that his transformation of Kano State is a justification of his yearning desire to move the nation to a greater height.

“We are tired of hearing the same story everyday about the situation in the country, instead of hearing bring back our girls, what we are hearing is bring back Jonathan, we need to have a safe Nigeria that we should be proud of”, Danburan said.