Home News Feed Balotelli Sle*pt With A Fan And Sent Her Off In The Middle...
Facebook
Twitter
WhatsApp 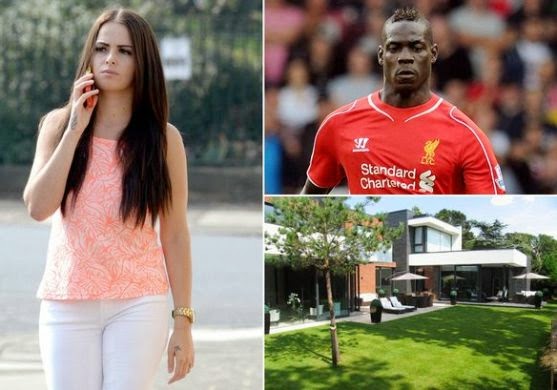 A smitten Liverpool fan Emma Dalton (pictured left) thought her dreams had come true when the Premier League club’s new signing Mario Balotelli took her to bed. The £16million striker flirted with ­hairdresser online before inviting her to a party at his luxury rented home.

That night Balotelli enjoyed a three-hour marathon romp with Emma, 23 – but it soon become clear that starting a new ­relationship was the last thing on his mind. Continue… 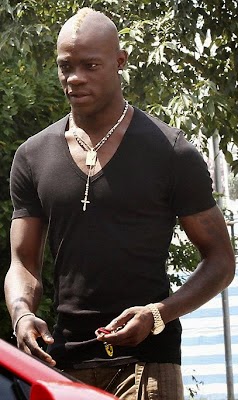 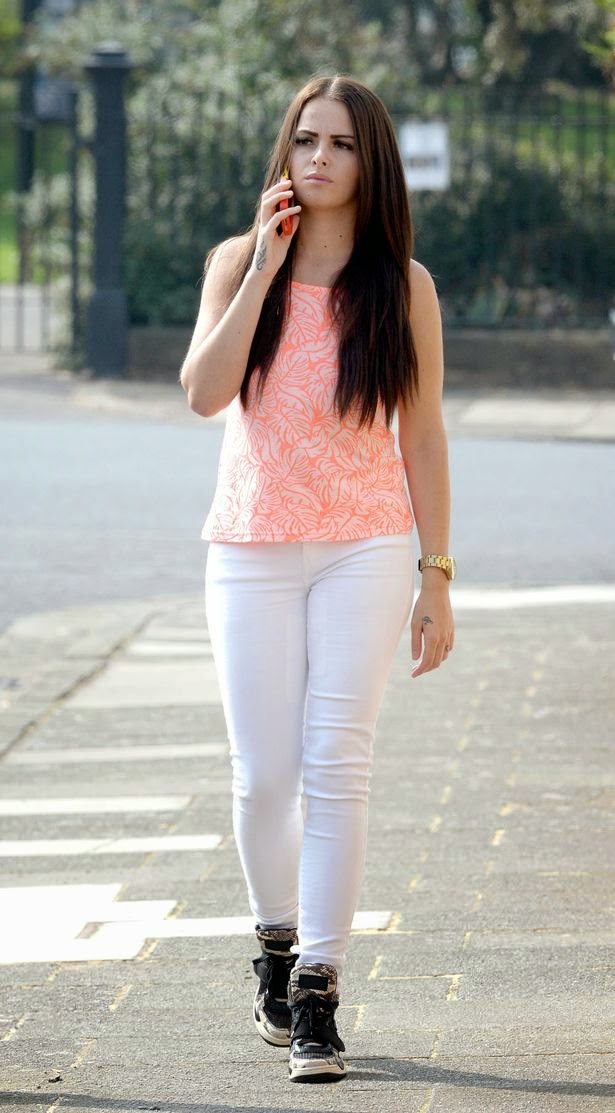 What he was after was more of a training session. While they were having sex the £110,000-a-week Italian told her: “This is nice. It helps my ­football.”

And when the bedroom workout was over he turfed shocked Emma out of his six-bedroom mansion, telling her to take a taxi home in the middle of the night.

The furious single mum told a friend: “I know he has a reputation but I thought he’d changed from the things I’d read. He was charming and as far as I know single so I thought, ‘Why not?’ Now I feel stupid,

“I should never have gone to his house but what’s done is done. He was only interested in one thing from me and then wanted me out of the way.”

To add to her humiliation, 24-year-old Balotelli claims he is now trying to rekindle his on-off romance with former fiancèe Fanny Neguesha, 24, who sparked rumours she is pregnant by him after posting an online picture of what looks like a baby bump.

But the soccer bad boy could be red-carded when Fanny finds out he bedded Emma shortly after his transfer from AC Milan to ­Liverpool.

It all started when Emma sent him a message on social media, says her friend.

The pal told the Sunday Mirror: “She only contacted him as a bit of a joke.She didn’t think for a second he would reply. How many messages must he get sent every day? But he did reply and he was quickly sending her messages asking for her to send pictures of herself and her mobile number to arrange to meet up.

“When they were talking on the phone, Emma asked him about Fanny. He told her they’d split up and that he didn’t have any female friends in Liverpool.”

The madcap striker also revealed that his new club had warned him to steer clear of trouble after his transfer, so he was staying out of the city centre.

The friend added: “He said he had to stay out of the Press, not to get into trouble like the last time he was in England. He told her he’d matured a lot since then.”

Within days he invited Emma and a couple of female friends to a private party at the mansion in the upmarket ­Liverpool suburb of Formby on September 5. He arranged to have them picked up from the nearby train station.

But the friend said the group were stunned when 24-year-old Balotelli’s friends arrived to collect them in an ageing Vauxhall Vectra and they were ordered to hand over their mobile phones before entering the property.The £1.8million mansion boasts a ­swimming pool with steam room and sauna, swim jet machine and home ­entertainment room.Once inside ­Balotelli’s pals started serving the girls shots of £50-a-bottle Ciroc peach vodka – but it was some time later before Mario came down to join them after spending time alone upstairs.The friend said: “Emma told me that when Balotelli did enter the room he was very charming. He certainly wasn’t shy and greeted her with a kiss.“She said he was drinking red wine and smoking, which the all the girls thought was a bit surprising considering he’s a footballer.“There was a large open plan area and they were all sitting around chatting and drinking. Then they had a pasta meal delivered to the house.”After a few hours Mario’s pals invited Emma’s friends for a dip in the pool while he offered to show her round the upstairs of the mansion.Before long, the pal said, Emma was in his bed. But it was far from romantic. “She said he told her, ‘This is nice. It helps my football’,” the pal revealed.Things turned sour again when, at around 3am, Balotelli told her she had to leave. The pal said: “Emma’s friends had called a taxi and he just turned to her and said, ‘You go too’.“The way he did it made her feel really cheap. Like he had just used her and was chucking her out. She started asking for an explanation from him and his security asked her if she was OK. She said he insisted he would call her the following day – but she wasn’t happy at all. She said she has never been treated like that before.”Emma’s mood worsened the next day when Balotelli called and said he just wanted to be “good friends” as he wanted to get back together with Fanny.The friend said: “To her that was his way of saying they had never even split up in the first place.He had just used her, but obviously she will never know the real truth.“She felt disgusted at the way he treated her. He had told her he wasn’t with Fanny, then when they were in the house together he didn’t mention her once. But the next day he wanted Fanny to be his fiancée again.“How often has he behaved like that? I’m sure she would like to know what sort of man he really is.”