Indian Girl Marries Dog To Get Rid Of Evil Spirit 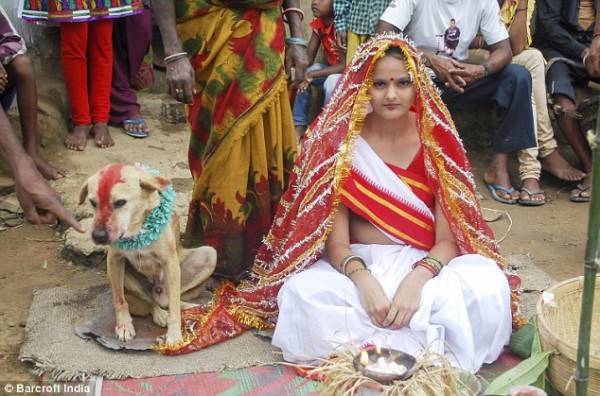 The wedding ritual of the 18-year-0ld from Jharkhand and the dog was quickly organized by local elders, who believed Mangli could not marry a human, because it would cause harm to her family and community, Daily Mail reports.

The girl’s father obeyed the community guru, found the dog in the street and drove it to the ceremony.

When asked about the whole situation the bride said she was not happy to marry the dog but hoped it would help to change her fortunes for the better.

“I am marrying a dog because the village elders believe that my evil spell will be passed on to the dog. ‘After that is done, the man I will marry will have a long life.” 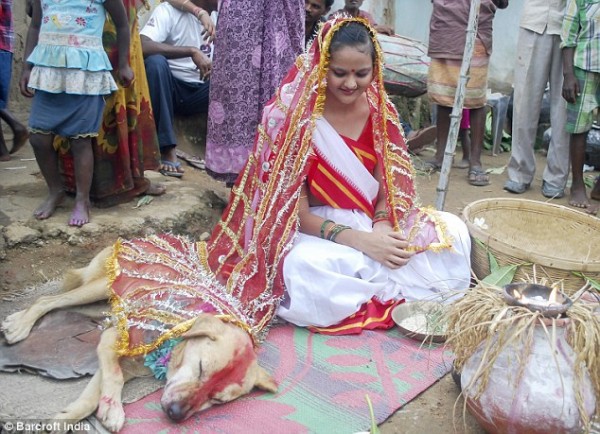 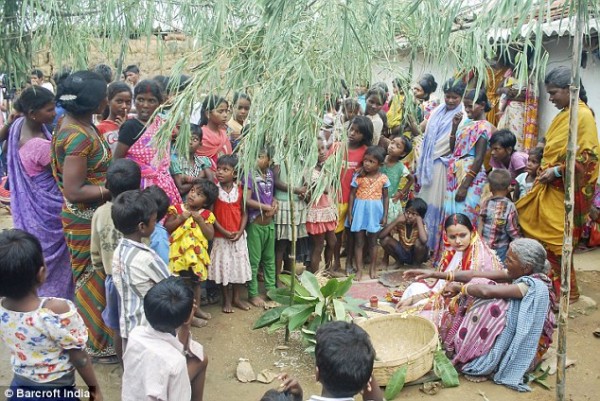 Her father supported the daughter’s position saying that it was the only way to “get rid of the bad luck”.

He also added that a lot of ceremonies of that kind had already been conducted in their community and in the neighbouring villages. According to the locals, such marriage will not affect Mangli’s life and she will be able to marry a man without divorcing a dog.

The girl also hopes to meet the man of her life in the future after having been cleared of evil spirits.

The custom provides that the newly-made wife should take care of the four-legged “husband” for the next few months.

It is worth mentioning that in  Hinduism, the dominant religion in Ingia, the dog it is believed to guard the doors of Heaven and Hell. In a special 5-day Tihar festival held on an annual basis dogs the dogs are worshipped as the animals carrying religious significance.