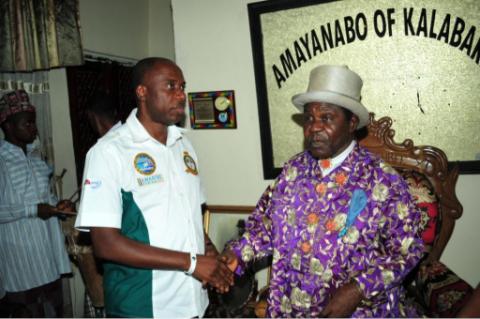 A member of the Justice Kayode Esho-led Rivers Truth and Reconciliation Commission, Dr. Pax Harry, on Sunday warned politicians in Rivers State against flouting the existing rotation formula in the state.

Harry issued the warning while speaking with reporters in Abuja.

He said any attempt by any of the political parties to ignore the existing political formula of rotating the governorship position between the upland and riverine parts of the state will not be in the interest of peace and Justice.

Harry specifically said it was the turn of the Kalabari-speaking people of the state to produce the next governor of the state next year because the Kalabaris have never produced one since the state was created in 1967.

According to him, it would be a grave injustice for the upland part of the state to attempt to preside over the affairs of the state again after Dr. Peter Odili and Rotimi Amaechi might have held sway for 16 years.

He noted that any move by any upland politician to rule the state in 2015 would be unfair because the Kalabari people and other riverine natives would have been marginalised for over 24 years.

The politician stressed that those who were trying to abolish the existing rotational system were doing so for selfish reasons and that it was capable of throwing the state into avoidable political crisis.

Harry said, “For us as a people, we truly support and encourage a fair competition that will give room for the emergence of a governor from Kalabari to take over from Gov. Rotimi Amaechi, who is an Ikwerre from the upland Rivers.

“The Kalabari have been systematically suppressed and decimated and they also need to be at the helm of the affairs of the state having never produced a governor since the state was created in 1967 despite the fact that they bear the brunt of oil production to feed the nation and its people.

“Any attempt to put an upland man as governor of Rivers State in 2015 would automatically mean that the riverine part of the state would be kept out of power for 24 years and that would not be acceptable to the people”.