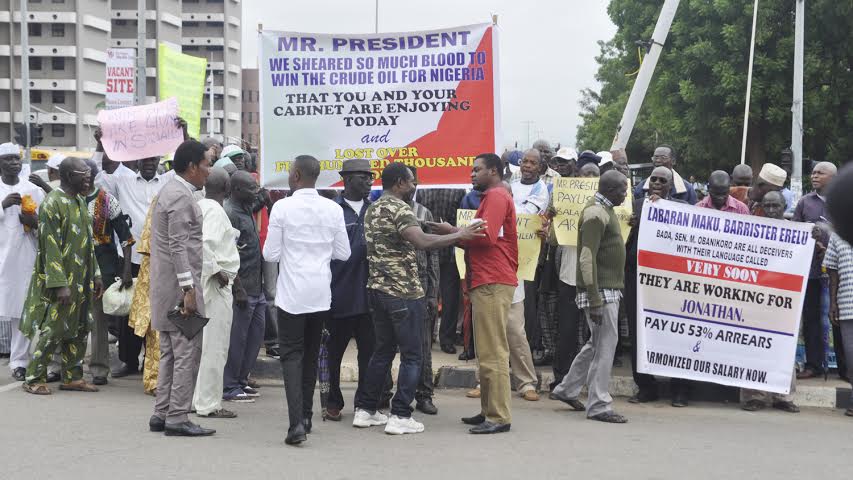 Benin City, the Edo State capital, yesterday witnessed the convergence of over 100 retired soldiers, who were protesting over alleged non-payment of the 2010, 53 per cent increase in their pension by the Federal Government, warning that they may resort to guerrilla warfare if their demands are not met.

The protest, led by the National Secretary of Association of Military Pensioners, Patrick Okpaiyo, regretted that after they fought for the survival and unity of the country, they were neglected by government, adding that if the implementation of the consolidated military salary of the ex-service men was not urgently paid, their next line of action would make the Boko Haram insurgency look like child’s play.

The ex-service men, said: “We are here to call the attention of the Federal Government to our plight. We have been deprived of our rights, we fought the civil war at our youthful age but today, this administration has forgotten us, our people are dying, so we have been pushed to the wall.

“In 2010, we were given 53 per cent of pension increment and it was not until we protested last year in Abuja that we were given the salary and the arrears have not been paid till date and this year, we are sure that the arrears is budgeted for but we have not been paid and the year is running out. We need the money except they want us to go to the bush and begin a guerrilla war but we believe in the Nigeria project but if they push us to the wall, we may have to do that”.