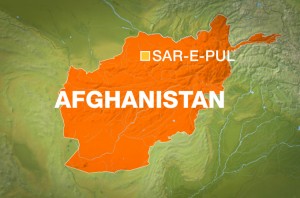 More than 22 members of the Afghan National Security Forces have been killed in a Taliban ambush and seven others kidnapped by the armed group in a mountainous region in northern Afghanistan, an official has said.

The attack happened in the mountainous Laghman Valley in Sar-e-Pul province, some 340km northwest of Kabul, as security officers traveled to reinforce colleagues in another district.

“They were ambushed as they were going from Laghman area to Alaf Safid.  Twenty-two police were martyred, eight wounded and seven were taken captive,” Governor Abdul Jabar Haqbeen told the AFP news agency.

Also on Monday, a Taliban suicide car bomber rammed his explosive-laden vehicle against a NATO military convoy on the eastern edge of the Afghan capital killing an Afghan civilian and wounding three other people.

The Taliban have stepped up attacks against Afghan security forces in a bid to undermine the Western-backed government as foreign combat troops prepare to withdraw from Afghanistan by the end of the year.