The father of popular yoruba gospel artiste, Yinka Ayefele is dead. He passed away on Sunday, October 12, a few hours after the celebration of his 76th birthday which held in Ipoti Ekiti.

Yinka Ayefele announced his father’s death on his Facebook page; ” Dad is Gone, High Chief J.T Ayefele. Baami, *tears*’…”
Yinka told journalists that he was with his late father in Ipoti Ekiti for the birthday celebration and that the septuagenarian even followed him to his car and that it was shocking when he was called before he got back to Ibadan that his father had given up the ghost some minutes after he left Ipoti Ekiti.
The late Ekiti chief was hale and hearty weeks and days before his birthday event, and was believed to have had premonition of his death. We were informed  that it was based on that,  he called his children for a celebration party for his 76th birthday, a request that shocked the family, who knew him as a man who didn’t like public gatherings.

His family had obliged and organised a birthday thanksgiving which they all attended at the Anglican Church, Ipoti Ekiti, only for him to die few hours after the celebration. 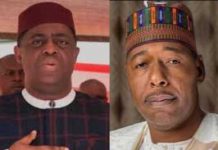 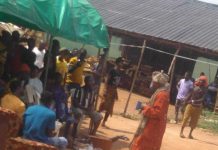 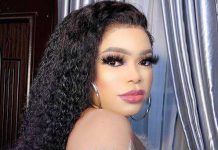