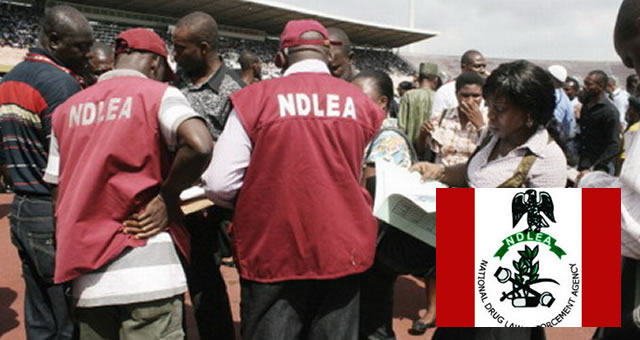 Commander of the National Drug Law Enforcement Agency in Anambra State, Mr Sule Momodu, said on Friday that the illicit drug situation in the state had become alarming and worrisome.

Momodu raised the alarm in Awka when the agency visited the wife of the state governor, Mrs Ebele Obiano, to seek her support for the command’s efforts war against the use and sale of illegal drugs.

He said the use and sale of cocaine, heroin, cannabis and other psychotropic substances had become rampant in the state.

He said the state had also topped other states in the country in illegal drug and other related activities.

He said out of the 19 Nigerians on death row over trafficking in drugs, 14 of them were from the state.

Momodu said the command was still on course in disseminating information on dangers of trafficking and consumption of illegal drugs.

He, however, praised Gov. Willie Obiano for being the one driving the war on insecurity in the state.

According to him, the governor released N15m to the command to clean up the illegal Nanka drug factory and manufacture of a harmful drug, methamphetamine.

“As a mother, the governor’s wife could appreciate the pains and dangers of drug addiction among children and youths”, Momodu said.

He urged her to take the drug abuse message and the NDLEA publications, including the book “Drug and You”, to the grassroots for easy education of the populace on dangers and effects of illegal drugs.

Responding, the governor’s wife assured the agency of her determination to work with women leaders across the wards and 21 local government areas of the state to discourage the consumption and sale of illegal drugs.

Obiano said part of the strategies would be to organise an enlightenment forum either on Sundays or once in a month to remind women of their roles in society.

She urged women to train their children and wards in character and way of the Lord so that they would not indulge in social vices.

She promised to hold further consultative meetings with the women leaders to deliberate on the drug issue.

Obiano said, “As the wife of the state governor, I have had the privilege to speak to women leaders and encourage them to train their children very well.

“If the children are well trained, I can assure you that they will not engage in use and sale of illicit drug, but because most mothers are not doing the needful, their children and wards take to illicit drug business.

“We will do a lot to rid the state of illegal drug. I will call a meeting of women Leaders to deliberate on the nagging drug issue”.

She lamented that many people engaged in drug abuse, saying that such a situation could breed bad elements in the society.

She expressed happiness with the seriousness the state government had been waging the war against criminals, kidnappers and drug barons, including the illicit drug factory discovered in Nanka, Anambra.

The governor’s wife applauded the awareness campaingn on dangers and effects of drug abuse by an NDLEA worker who was part of her entourage during the tour of local government areas of the state.

She said the message would go a long way in making a lot of people embrace the need to shun illicit drugs and work for their eradication.

Obiano commended the agency for its publications and other educational activities meant to create awareness among the citizenry.

She promised to assist in the distribution of the command’s handbook on drug crusade and the efforts to rid the state of illegal drugs.