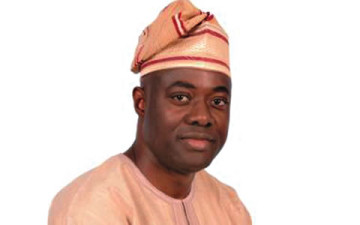 A governorship aspirant in Oyo State under the platform of the Peoples Democratic Party, Mr. Seyi Makinde, has said that the party would win the 2015 governorship election in the state.

He stated this in Abuja on Wednesday when he submitted his expression of interest form to contest the governorship primaries of the party in Oyo state.

According to the aspirant: “The PDP will sack Governor Abiola Ajimobi from office next year”.

While welcoming Makinde’s delegation to his office in Abuja, the National Organising Secretary of the party, Alhaji Abubakar Mustapha, on Wednesday, described Makinde as a man of the people.

Mustapha noted that the presence of the National Secretary of the PDP, Prof. Wale Oladipo, and other chieftains of the PDP on the entourage of Makinde was an indication that he has notable connections.

Makinde explained that the process of taking reclaiming Oyo from the All Progressives Congress had begun with his submission of the expression of interest form.

He said, “I am proud of the quality of the state executive. I only demand a level playing field during the primary so that the most popular aspirant could emerge as candidate. I know that I will emerge as the Oyo PDP governorship candidate in a free and fair primary.

“All over the world, age, intelligence, vibrancy, passion, integrity and dedication are qualities of great leaders. I have these qualities and I want to offer myself for service of my people”.