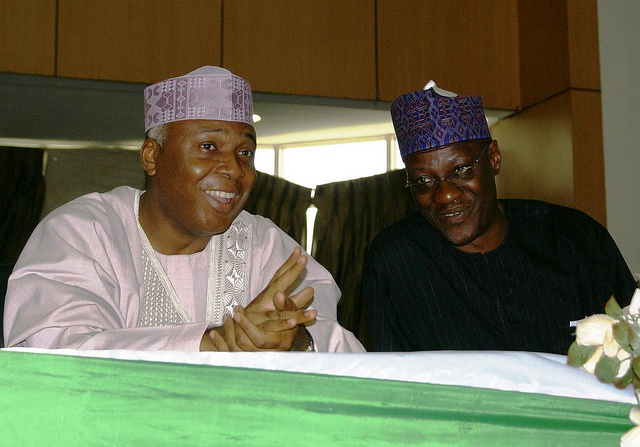 Saraki, in an interview with journalists in Ilorin, the state capital on Saturday, stated that he endorsed Ahmed because he believed that the governor had performed well during his first term.

“In my own view, I believe that he has performed. He has provided leadership. He has built up from where we left. He has been able to bring significant development despite the paucity of funds in the state. He has shown responsibility and we believe that leaving him in
that direction for another four years for him will be good for the state”, Saraki said.

It was also gathered that APC stakeholders in the state had, after a series of meetings, okayed Gov. Ahmed for a second term in office.

In another development, Saraki lamented the recent destruction of about 300 houses in Ilorin by flood.

He blamed the development on the non-completion of the de-flooding of Kwara State or the channelisation of Asa River.

“We are just lucky that no live was lost. The funds are available; the contractors must be held responsible. If what he is saying is that funds have not been made available, then the ecological funds should make funds available to him.

“These are the kinds of things that make us to review the efficacy of the ecological funds. Is this the best way of supervising this kind of contract. If necessary steps is not taken and this flooding happens again, God forbid, lives might be lost.

“There is the need for prompt action to be taken and I think the state government has written to the National Emergency Management Agency to see that some relief materials are provided for some of the victims”.

Saraki, who is the Chairman, Senate Committee on Ecology and Environment, said once Senate resumes from its recess, the committee would inquire from relevant stakeholders in the project why the contract had not been fully executed.