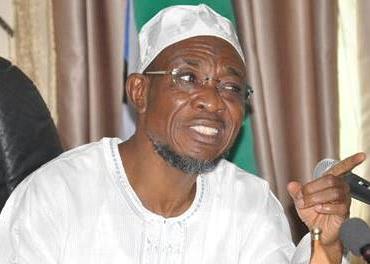 The Osun State chapter of All Progressives Congress (APC) has denied reports making the rounds that the Election Petition Tribunal ordered the recounting of the votes cast in the August 9 governorship election in which its candidate, Ogbeni Rauf Aregbesola, defeated Senator Iyiola Omisore of the PDP.

According to the reports by some online news platforms (Information Nigeria not included), after the manual inspection and re-counting of ballot papers used for the election by the tribunal, it was discovered that over one hundred thousand invalid votes were dumped in favour of Aregbesola in almost all the Local Governments in the states.

The reports further said at the resumed sitting of the tribunal on October 30, if it confirms the re-counted results, Mr. Omisore of the PDP may be declared winner having secured the highest number of valid votes cast in the election.

But in a statement by its Director of Publicity, Kunle Oyatomi, the ruling party in Osun said: “The APC calls on residents to disregard the online report.

“The story is not only false; it is a fabrication by Peoples Democratic Party (PDP) agents.

“There is nothing in that story which happened or is likely to happen.

“The PDP has turned the propagation of lies and the fabrication of stories into its new psychological bastion.

“It is now removing itself from reality and regaling in fantasy.

“No vote was recounted by anybody and there was no court order to that effect. So it is all lies.

“So the claim that its candidate, Iyiola Omisore, is likely to be declared winner of that election by the tribunal is mere hallucinations”.