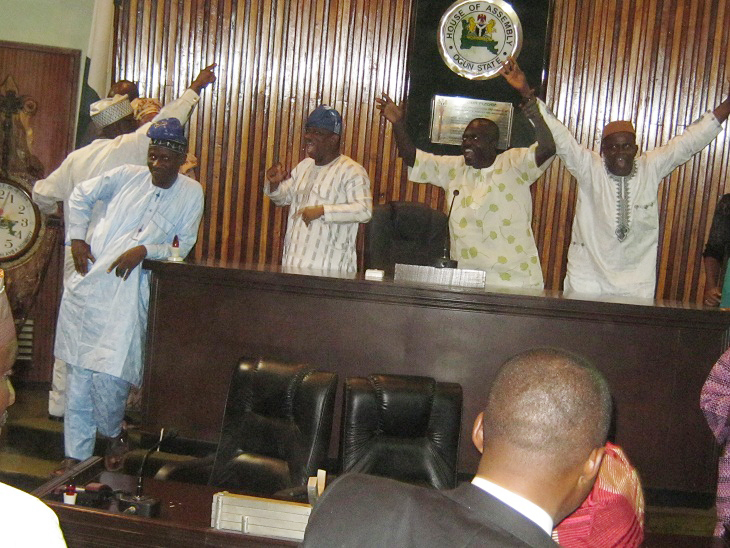 The lawmakers formally defected from the ruling All Progressives Congress (APC) and the Peoples Party of Nigeria (PPN) on the floor of the House.

The assembly had been on recess for over one month.

But while five of the lawmakers cross-carpeted to the PDP, three others pitched their tents with the SDP.

“I also got three letters this morning from Olufemi Allen-Taylor, Oludaisi Elemide and Elizabeth Anifowose announcing their defection from the All Progressives Party (APC) to the Social Democratic Party (SDP)”.

While Adegbesan, Adeleke and Obafemi dumped the PPN to join the PDP, Hazzan and Olowo-Oloja defected from the APC to the PDP.

The speaker also disclosed that the state governor, Sen. Ibikunle Amosun would on November 18, present the 2015 budget proposal to the state House of Assembly.

Reading the governor’s letter during plenary, Adekunbi, said Mr. Amosun would present the fiscal proposal, “in accordance with the provision of section 121 of the Nigerian Constitution.

“Governor Amosun expressed gratitude to the members of Ogun State House of Assembly for their cooperation with the executive”.