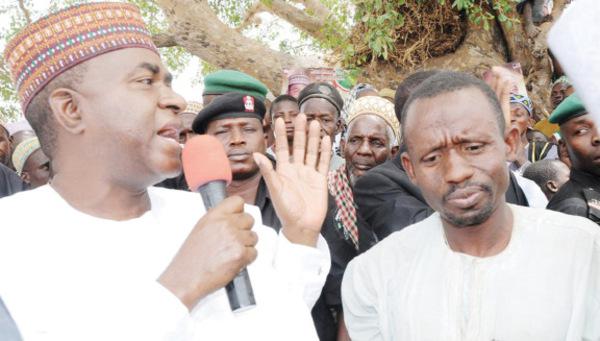 Governor Isa Yuguda of Bauchi State has condemned last Friday’s bomb explosion at the Azare branch of First Bank in Katagum Local Government Area of the state, which left seven people dead and 10 others injured.

Yuguda, who spoke yesterday when he visited victims of the bomb blast currently receiving treatment at the Federal Medical Centre, Azare, described the incident as most cruel, evil, inhuman and barbaric.

He also condemned the attack at the Azare Motor Park, describing it as unfortunate and avoidable.

The governor directed the security agencies to carry out full scale investigations on the explosion, even as he advised them to deploy new strategies that would combat the insurgents.

“I sympathise deeply with the people of Katagum over this unfortunate incident. It was more shocking given the intensity of the attack in the last two weeks in the state. I see the attack on innocent citizens as heartless and posterity will judge those who perpetrated these nefarious acts.

“We have ordered the release of N50, 000 each to the families of the deceased persons and government will equally foot the medical bills of those who are receiving treatment.

“I have gone to the motor park and the bank where those attacks took place and accessed the extent of damage. We are willing to expend whatever resources it will take to restore those facilities destroyed”, the governor added.