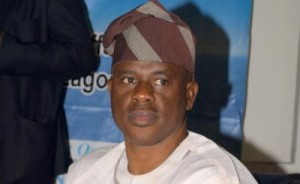 Governorship aspirant in Lagos State, Sen. Musliu Obanikoro (PDP), on Friday promised to wrestle power from the APC-controlled government in the state in 2015.

Obanikoro, the immediate past Minister of State for Defence, stated this in Lagos while addressing supporters and members of the state executive of the party.

He was at the secretariat with supporters to declare his intention to seek the party’s ticket for the 2015 governorship polls in the state.

The former minister told party faithful that he was the only person among the aspirants that could wrestle power from the APC government in the state.

“It is time to liberate Lagos. This state has been ruled by one man for the past 16 years”, he said.

He urged members of the party to unite towards winning the 2015 elections in the state.

Obanikoro said: “Experience can never be purchased. I can tell you that only those who have served in government can make meaningful change.

“Those who don’t have experience cannot make meaningful change, they will only go there to start learning governance and we don’t need an apprentice governor in Lagos”, he said.

Chairman of PDP in the state retired Capt. Tunji Shelle, promised that the party’s primaries would be free and fair.

“No aspirant will be imposed on the party”, Shelle said. (NAN)