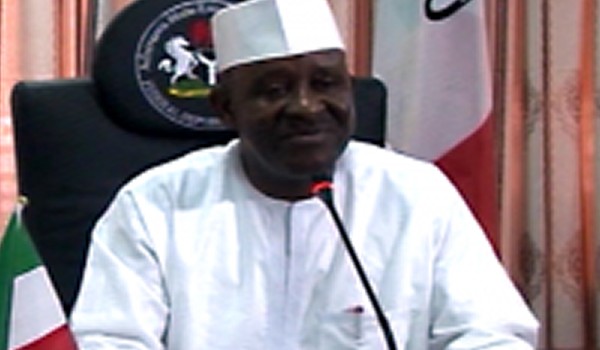 Governor Bala Ngilari of Adamawa State yesterday said that he will challenge his exclusion from contesting the 2015 gubernatorial election primaries if the Peoples Democratic Party (PDP) fails to reverse its decision within 48 hours.

This was contained in a letter addressed to the national chairman of the PDP, Alhaji Adamu Mu’azu, by Ngilari’s counsel, Barrister Festus Keyamo.

The letter said the zoning was inconceivable on the ground that since the existence of the old Gongola State up to the creation and existence of Adamawa State, a zoning formula based on senatorial districts has never been used to produce governor.

According to the governor, the only unwritten power-rotation arrangement that has been in place is the one between Christians and Muslims.

Keyamo said: “The decision of PDP on zoning to deprive our client of his right to contest the gubernatorial election violates Section 1(1);(2) and (3) of the 1999 Constitution (as amended)”.

He added that Gov. Ngilari was never invited for any meeting and that he was not allowed to make representation to any organ of the party before the zoning arrangement was agreed upon.

“From the above, you can see that the purported official position of the National Working Committee of your party to scheme our client out of the gubernatorial race on account of his ethnic background (Adamawa North) is illegal, unconstitutional, null and void. Besides, he cannot be stopped from challenging that initial agreement between aspirants since he was never part of it.

“In view of the above, kindly take note that this is an official complaint to seek a reversal or redress of your purported zoning arrangement in Adamawa State regarding the governorship primaries of the PDP”, he said.

He added: “Because of time constraint, we kindly request that you should address these issues within 48 hours of the receipt of this complaint. If you fail, refuse and/or neglect to act, we may have no option left than to proceed to a court of law to seek redress”.