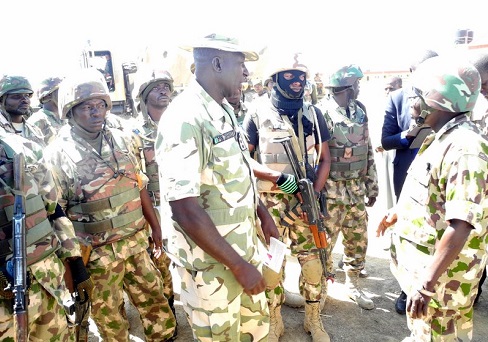 The Adamawa State Government said it is satisfied with the successes recorded so far in dislodging insurgents, who occupied some areas in the northern part of the state.

The Chief of Staff to Governor Bala Ngilari, Chubado Tijjani, said this in an interview on Sunday in Mubi.

Mr. Tijjani, who was in Mubi on behalf of the government to assess situation in the area said government was happy with the steady recovery of areas occupied by the insurgents.

“Apart from Mubi, Gombi, Maiha and Mararaba we learnt that the military have also taken over Uba and Michika,” Mr. Tijjani said.

He noted that the state government would soon call for a meeting with security agencies for possible suspension of vehicular movement in areas where the insurgents had been flushed out for the people to return.

“We will soon have a meeting with security agencies with the view to suspend the restriction of vehicular movement in the areas for people to return home,” Mr. Tijjani said.

He explained that government had commenced a poverty alleviation programme where people from the northern part of the state who were worst affected by the insurgency would be given priority.

Meanwhile, the Emir of Mubi, Abubakar Isa, who returned to his palace on Friday, has said that the palace was not inhabitable because most of the facilities including doors had been vandalized by the insurgents.

“Three of my cars were also stolen. I have to stay somewhere for the vandalized equipment to be replace”, the emir said.