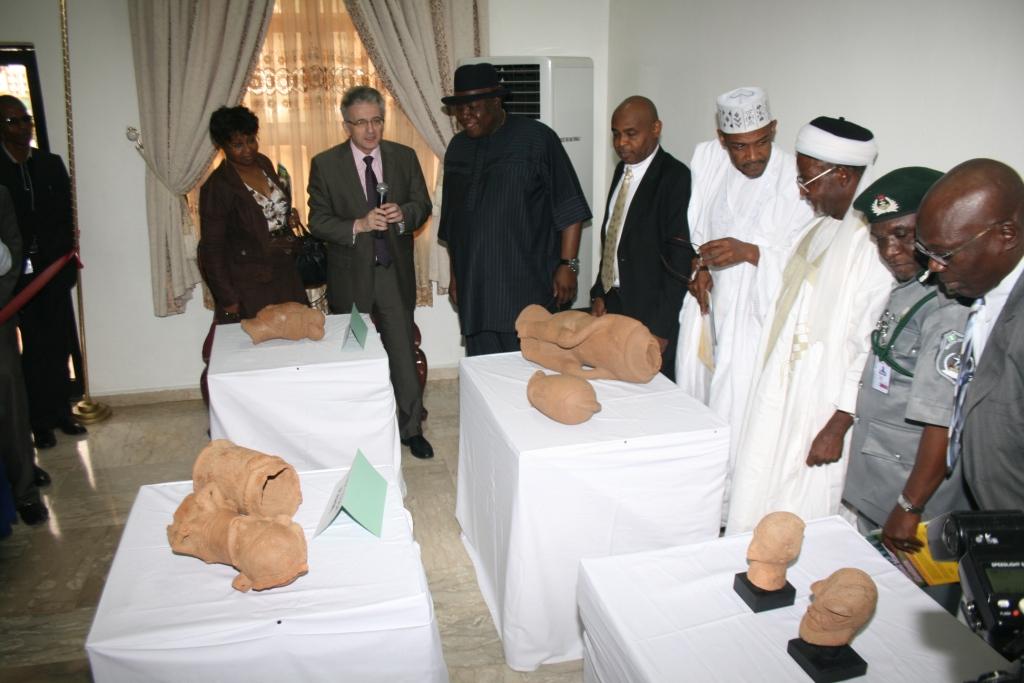 In its determination to repatriate valuable Nigerian artifacts smuggled out of the country by colonial masters, the federal government, through the Ministry of Tourism, Culture and National Orientation, has recovered about 45 stolen artifacts from the United States last week.

The Minister of Tourism, Culture and National Orientation, Edem Duke made the announcement yesterday in Abuja during the unveiling of the official logo of the Abuja Biennial organised by the National Gallery of Art (NGA).

The Abuja Biennial is a bi-annual artistic fiesta designed to draw artists from Nigeria, Africa and other parts of the world to display their artistic prowess as well as create a viable international platform for cultural exposition, artistic redefinition and economic exploration.

The minister also used the occasion to appeal to economists to revisit the rebasing of the Nigerian economy, particularly on the contribution of tourism and the creative sectors, noting that the sector contributed over 1.5 per cent to the economy as against claims by the experts.

According to him, “With the unveiling, the creative sector is set to harp on its contribution as the economic mainstay and we are confident that the sector can stand on its own and serve as an example to other sectors of the economy”.

On his part, the Director-General of the NGA, Mr Muku Abdullahi, said that the concept behind the biennial event is to provide a platform to reposition Nigerian art for economic growth since the culture sector is playing a pivotal role in the economy.

Mr. Abdullahi stated that no fewer than 50 countries from across the world are expected to attend the maiden edition of the event, stressing that it would create employment opportunities for the unemployed youths.