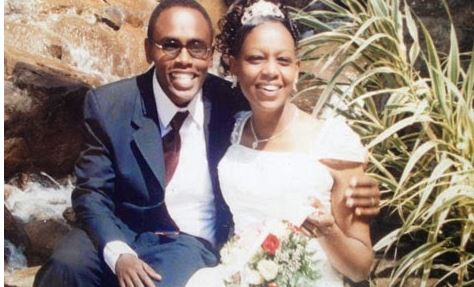 T.B Joshua has reacted to reports that a Kenyan lawyer who committed suicide on November 26th had ties with his Church. The man’s family linked his bizarre death to Synagogue Church of All Nations as the late lawyer and wife were alleged to be strong followers of his church.

The man, Paul Magu (pictured above with wife) killed his wife, Lydia, and mutilated her body before committing suicide. The couple’s 3 children are also now missing. To understand this better, read the report from Kenyan publications about the story and T.B Joshua’s reaction to it after the cut… 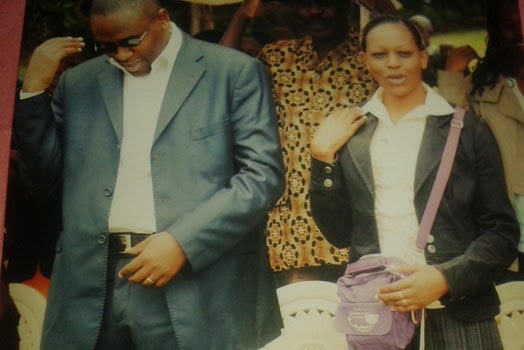 Could the dead parents of the three missing children in Nairobi have been members of a religious cult? That was one of the theories that detectives were pursuing Monday after the family revealed to them that lawyer Paul Magu and his wife Lydia Wangui were staunch followers of controversial Nigerian TB Joshua’s Synagogue Church of All Nations (Scoan).

Magu’s passport showed he had travelled to Nigeria more than 20 times since 2009 to attend the church services. On September 12, 2014, the church’s guesthouse collapsed in Lagos killing 84 South Africans. Monday, the family and police intensified their search for the missing children, concentrating on major dams in Kiambu and Thika.

The children went missing on Tuesday after the bodies of their parents were found in separate locations in Nairobi and Thika. They were identified as Allen, 9, Ryan, 8, and Tiffany Muthoni, 5.

Police suspect Magu may have killed the wife on November 23 in their house at Muthaiga Pipeline Estate after he sent their house-help to town twice for shopping. This was after bloodstains were found in their bedroom. And after the woman was killed, her body was burnt outside their house and later stashed in a sack waiting for disposal the following day, police said.

The mutilated body of Wangui was found near Paradise Lost along Kiambu Road in Nairobi on November 24 and later taken to the City Mortuary. And the body of Magu was found on the Thika-Garissa highway near Ngoliba on Wednesday where police believe he had either committed suicide after jumping onto a speeding bus. Officers from CID’s Serious Crime Unit handling the case and have visited the scenes where the bodies were found and home of the couple

Head of the Unit John Kariuki said they are yet to know the motive of the deaths and the link to the missing children. The family said Monday they had searched thickets near where Magu’s car was found abandoned with the engine running, mortuaries, dams and talked to the extended family and friends in a bid to find the children in vain. Magu’s younger brother Andrew Kamau said before he died, Magu had contacted his lawyers to sign a will whose details he refused to divulge. On Tuesday, Magu spent the night at his father’s home in Thika before he woke up early on the fateful day. Whereas he had left his city home with his children, he was not with them when he arrived at his father’s home in Thika, police said. According to Kamau, Magu arrived at their home in Thika at about 2pm and held a brief talk with the parents before he excused himself and walked away.

He returned about five hours later while wet, claiming he had been attacked by thugs and robbed his mobile phone near a pond near his father’s homestead. The mobile phone was, however, found near the pond and police say they want to know who he had talked to before he died. 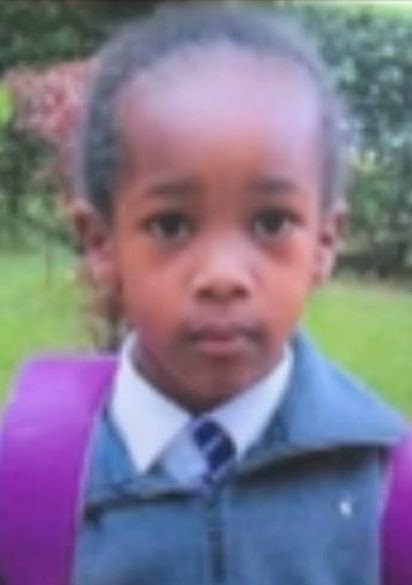 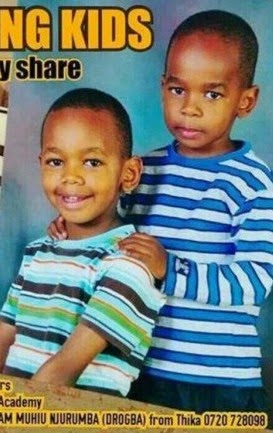 Here’s another report from another Kenyan site – Hekaheka.com. Above are the missing kids

Detectives in Kenya are now following a possible cult link in the bizarre death of city lawyer Paul Magu and his wife. Members of the family revealed to police that Paul and his wife Lydia Wangui were staunch followers of controversial Nigerian TB Joshua’s Synagogue Church of All Nations.

Magu’s passport indicated he had traveled to Nigeria over 20 times to attend TB Joshua’s church.

This was the earlier story we covered in regards to the gruesome deaths of Paul Muga his wife & daughter:
Three children are missing after a bizarre incident of what the police are now terming as murder suicide. Allen, 9, Ryan, 8, Tiffany muthoni, 5.

Evidence was collected from the family home at Muthaiga Pipeline estate in the hope of finding the clues that would aid in understanding what lead to the death of the parents.

Police uncovered a note in the house that was left by Paul. It read as follows:

“I cannot live in ridicule and embarrassment as a result of poverty,”

Different versions of the story are now abounding with neighbors claiming it was a ritualistic sacrifice for a church he apparently served.

Police discovered literature and audiovisual content of a Nigerian pastor, at the muthaiga house.

Also at the parking lot of the house were two brand new top of the range vehicles.

This is T.B Joshua’s statement – posted on his Facebook page this afternoon…

This is an official statement from Prophet T.B. Joshua. My attention has been drawn to several publications in Kenyan media alleging that Mr Paul Magu had visited The Synagogue, Church Of All Nations (SCOAN) in Lagos, Nigeria over 20 times. These reports are both untrue and ridiculous. It must take a religious spirit to believe and say this!

Thousands of people come here with their problems from around the world. This may be one of the people that came with depression and a spirit of suicide for deliverance. If he was delivered here, perhaps he lost his deliverance. He may have gone back to his past life.

Because you come here for prayer does not mean you are a friend of Jesus. It is only when you maintain your relationship with Him – that makes you a friend.

You religious people – stop blaspheming. We are Christians; we are not exchanging issues with you. We pray all spirits of religion in your life be delivered, be removed, in Jesus’ name!

Kenyans, remember that this is not the first time false rumours have been spread concerning me in your nation. Several rumours were spread online previously that I had prophesied Al-Shabaab terrorists would kidnap and kill Kenya’s President. Why this hatred for me in Kenya? This is a religious spirit.

Take note – one may claim to be a Christian yet be religious. People with a religious spirit have no independent mind – they take everything they hear, see and read without finding out the truth. We are all brought up from a religious background and delivered to become Christians. Yet many claim to be Christians who are still not properly delivered. Therefore, we should examine everything in the light of God’s Word. This is what the Bible means by find out the truth and the truth shall set you free (John 8:32).

I want to believe the religious people are behind this story. I have never been to Kenya before. This will not stop me from one day coming to Kenya – at God’s appointed time.