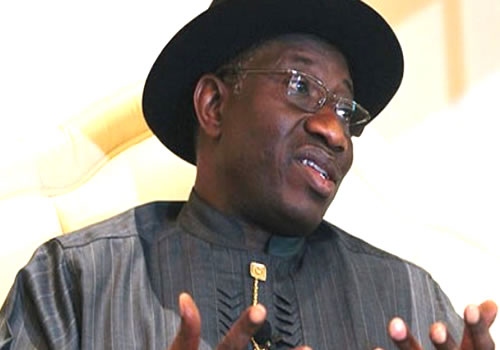 The Lagos State chapter of the All Progressives Congress (APC), said the Peoples Democratic Party (PDP) has failed Nigerians. This came in comments following the fundraising organised by the party to support President Goodluck Jonathan’s re-election campaign.

“I can ask you 20 questions about this money; they are just bringing out the missing $20 billion about which the Emir of Kano complained as former Governor of Central Bank of Nigeria (CBN). Where will someone get N5 billion from?”

Igbokwe however noted that all the money in the world does not guarantee PDP victory in the 2015 elections.

Also commenting on the fundraising, Constitutional lawyer, Professor Itse Sagay (SAN) described it as more of a camouflage.

“You know members of the PDP have all our resources under their control, they can go for any fund raising. But for me, it is all more of a camouflage because they already have the state money at their disposal. We have a very serious problem in this country where the government in power tries to plough into the state’s resources for party campaigns.

“Legally there is a law but it is neither observed nor enforced; these are reforms that affect conduct and culture which will have to be enforced in future if we have to develop. For me, the N21 billion is not actually what they are going to spend. I see it as a public show, that is not the real thing.”

On his part, a former Lagos State Commissioner of Police, Alhaji Abubakar Tsav lamented that even governors who have not paid their workers’ salaries are donating money to the re-election campaign.

“There are so many states that have not paid salaries to their workers, yet these governors are donating money to Jonathan’s re-election campaign. It is a very sad development and it shows the desperation of the PDP towards wining the presidential elections. That is the mentality of those who want to win at all costs.

“Our people are suffering, the healthcare system across the states is not in a good state, people don’t have money to pay medical bills, yet the governors are wasting money. For the businessmen who donated to that cause, the fear of Buhari might have informed their decision because with Buhari as President, it would not be business as usual. Jonathan has completely failed and people are shamelessly encouraging him to continue in 2015. If he is eventually re-elected, he will do the worse,” Tsav said.