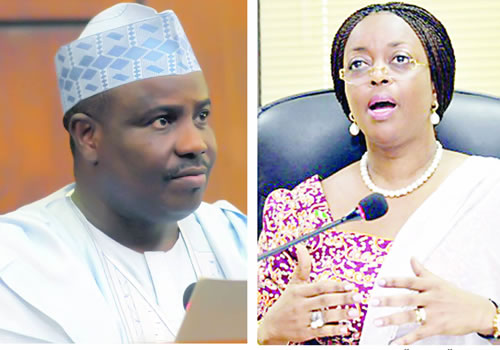 The House of Representatives ‎on Sunday gave the indication that it would appeal the judgment of an Abuja Federal High Court, which barred it from summoning the Minister of Petroleum Resources, Mrs. Diezani Alison-Madueke.

In a judgment last week Wednesday, the presiding judge, Justice Ahmed Mohammed, also halted the House’s probe of the N10billion the minister reportedly spent on maintaining a private jet for her foreign travels.

The judge held that the summons of the House to the minister to answer questions on the jet was “invalid” on the grounds that the House resolution was neither published in the journal of the National Assembly nor in the official Gazette of the Federal Government.

In reaction to the ruling, the Chairman, House Committee on Media and Public Affairs, Hon. Zakari Mohammed, said in Abuja that the last had not been heard of the face-off ‎between the lawmakers and Mrs. Alison-Madueke.

He disclosed that lawyers to the House‎ were reviewing the decision of the court and would enter the appropriate appeal against the ruling.

Mohammed, however, said he would not speak further on the matter so as not to jeopardise the appeal being prepared by the lawmakers.

“There is a possibility that our lawyers will appeal the judgment and whatever I say could be considered as prejudice”, he added.

Mohammed recalled that the Supreme Court had before now delivered a landmark judgment that none of the three arms of government could interfere with the functions of the other “or stop the other from performing its duties”.