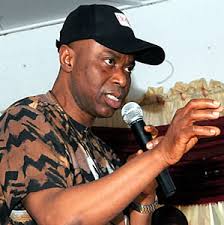 Governor Olusegun Mimiko of Ondo State said on Tuesday that the South West zone would cast their votes massively for the Jonathan/Sambo ticket in the 2015 Presidential election.

Mr. Mimiko, who was fielding questions from newsmen in Abuja on Tuesday assured that the electorate in the South West would vote for the Peoples’ Democratic Party, PDP, even if the All Progressive Congress, APC, picked its vice-president from the South West zone.

“Well, we are waiting for APC to pick their (Vice-President) candidate. But there is no question about the fact that in terms of enlightenment, especially in terms of appreciation of issue of politics, in terms of a long history of progressive political engagement, you give it to South West, that they know their onions”, the governor said.

“We know the difference between propaganda and the real stuff.

“I’m telling you that in the South West this election will be about the real stuff, about issues not about propaganda.

“I have no doubt in my mind that the South West will vote massively for President Jonathan to continue along this path of very useful engagement and productive governance”.

Mr. Mimiko congratulated the President for inaugurating the Youth Employment in Agriculture Programme (YEAP) and Fund for Agricultural Finance in Nigeria (FAFIN).

He expressed the hope that the two programmes would boost agricultural activities in the country.

“Let me congratulate Mr. President and his teams in the Ministry of Agriculture and Ministry of Finance.

“You should have seen that this is a very innovative and impactful way of addressing the problem of youth unemployment in Nigeria.

“Again, it is moving our economy away from this mono-cultural dependence on oil. I think this is very innovative; it is definitely impacting this nation positively”.

He assured that state governments would key into the programmes with a view to addressing the challenges of unemployment among youths in the states.