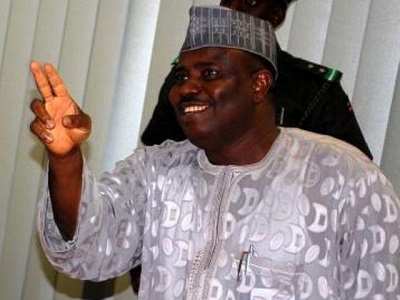 A coalition of women groups in Sokoto State has urged the Speaker of the House of Representatives, Alhaji Aminu Tambuwal, to set aside 35 per cent of all appointments for women, if elected governor in next month’s elections.

The News Agency of Nigeria (NAN) reports that the women, under the aegis of “Women for Change”, made the demand on Sunday in Sokoto when they paid a courtesy call on Tambuwal.

Tambuwal is in the governorship race under the platform of the All Progressives Congress (APC).

The women acknowledged the giant strides achieved in the state in the last few years in the areas of women empowerment, girl- child education and improvements in maternal mortality, among others.

Spokesperson of the coalition, Hajiya Turai Shehu, said: “With constant support from the state government, the number of girls enrolled in schools in the rural areas had increased in recent years.

“The momentum can only be maintained if the incoming administration shows interest and commitment to the issue”.

Responding, Tambuwal commended the women for their concerns for the girl-child and urged them to double their efforts and ensure that women were adequately mobilised to participate in the ongoing political processes.

Tambuwal assured that, if elected, his administration would give women their proper placement in the scheme of things in the state.

He also appealed to them to ensure that the forthcoming elections were peaceful. (NAN)