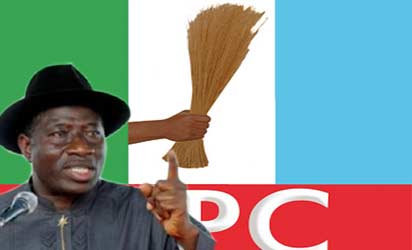 The All Progressives Congress Presidential Campaign Organisation has asked President Goodluck Jonathan to explain to Nigerians how five trillion Naira (N5tn) in oil and gas revenue went down the drain.

The organisation said this in a statement signed by its Director of Media and Publicity, Mallam Garba Shehu, in Abuja on Wednesday.

The campaign organization challenged Mr. Jonathan to explain why over N5 trillion in oil and gas revenue “vanished” under his watch.

Shehu said, “This government must answer the questions posed by the different Committees and Task Forces that probed the Oil and Gas Sector between 2011 and 2012.

“By this, we mean the Nuhu Ribadu-led Petroleum Task Force Report, the Minister of Trade and Investment’s report on stolen crude; the House of Representatives fuel subsidy report, coupled with the investigations into the ecological fund, SIM card registration and frequency band spectrum sale”.

The APC Campaign recalled that a prominent national newspaper, The Punch, had, on the 25th of November, 2012 alerted Nigerians on how over N5tn oil money had been stolen under Jonathan’s tenure.

While lamenting the shock that the nation’s economy is currently passing through as a result of the free-fall of the oil prices in the international market, the APC Campaign noted that waste and graft associated with the management of our oil and gas revenue has further compounded Nigeria’s economic predicament.

The APC Campaign reminded Nigerians of the report by the national newspaper in 2012, which the Federal Government never responded to.

The APC campaign also noted that if the above scenario was frightening, what followed in the last two years has been worse and most flagrant.

“Industrial theft of oil surged from 250,000 to 400,000 barrels per day and remains unabated. The issue of corruption was also repackaged and lowered to the status of petty stealing”, the campaign said.