National leader of the All Progressives Congress (APC) and former Lagos State governor, Bola Tinubu, has said his successor, Babatunde Fashola, performed better than he did as governor. 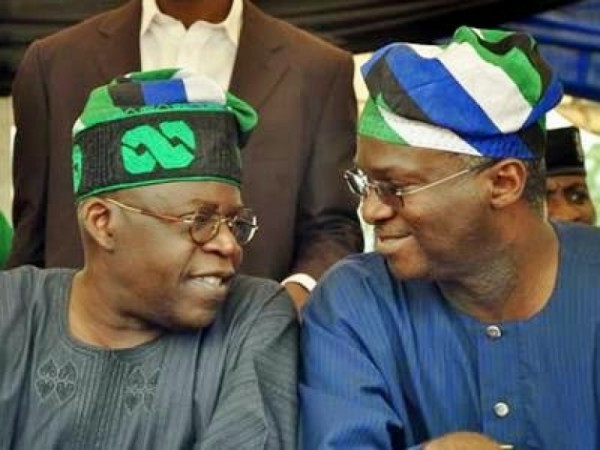 Speaking in Ikeja at the flag-off of the party’s campaign on Wednesday,he  said that Fashola had performed well in construction of roads and school buildings, employment of youthsand healthcare delivery, among others things.

In the year 2007, I handed over to one young man, brought him to you and said he would perform better.A man with sound brain and sound mind; that person is Babatunde Fashola. He did not disgrace us.I thank God for eight years of excellent performance, unbroken promises, sound experience and constructive government,”

He urged Lagos residents to vote for the party’s governorship candidate for Lagos State, Mr Akinwunmi Ambode, in the general elections.promising Ambode would build on Fashola’s achievements.