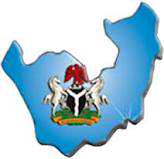 Delta State Governor Emmanuel Uduaghan has revealed the the reasons he dropped his senatorial ambition, saying it was because he did not want to leave office in a crisis situation, especially with intelligence information that guns would boom in Warri if he won.

The governor disclosed this to journalists in Warri, where he explained that a similar scenario that there would be bloodshed between the Ijaw and Itsekiri if President Goodluck Jonathan had performed the groundbreaking ceremony of the $16 billion Delta Gas City at Ogidigben, last year. He explained that the need for peace was why the ceremony was postponed.

“There was heavy build-up most especially Delta South Senatorial elections and I asked myself, what would I be doing in the Senate if the process leading to that election would lead to another crisis in Warri?

“I am sure you will have more to report as journalists, but you will also not feel comfortable if there is no peace in the city. We are enjoying some freedom and peace now. There is no curfew. I have the strong belief that if I had gone for the PDP senate primary, by now there would have been curfew in Warri,” he asserted.

He spoke against the practice of exploiting the political ambition of somebody to foment crisis in the state, by some people.

Asked about his role during the December 8, 2014, governorship primaries of the People’s Democratic Party (PDP) in the state, that produced Senator Ifeanyi Okowa, as the party’s governorship candidate, Uduaghan said that the full story of what happened at the primaries would be told at the appropriate time.