A jealous housewife identified as Rosemary (surname withheld) allegedly bathed her rival with acid water on Monday in Oko-Ogbele community in Asaba, Delta State, by the River Niger bank. 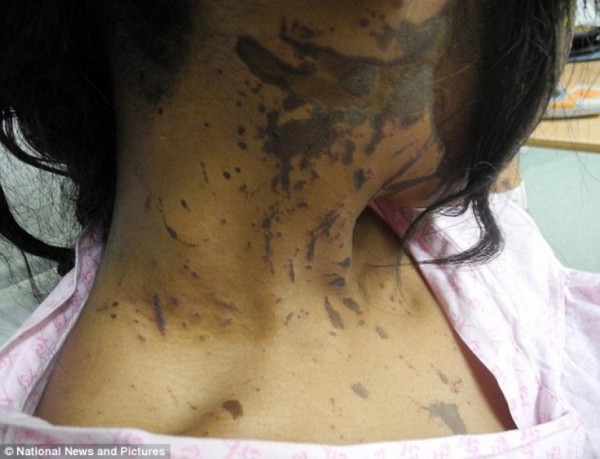 http://www.airmaxfreedom.com nike air max barkley
She was said to have jumped into River Niger after the terrible act.

According to Leadership report, Rosemary’s husband, a well-known fisherman and a native of Bomadi Community had threatened to bring another woman into the house because of his wife’s unruly behaviour.

She had allegedly attacked him on several occasions with dangerous weapons.

It was reliably gathered that she had been complaining of her rival’s frequent visit to her husband.

She had warned her to keep off her husband during one the visits, threatening to teach her some lessons if she failed to do so.

On that fateful day, she reportedly ambushed her rival and poured a substance suspected to be acid on her face.

After attacking her rival, she jumped into the river.

Confirming the incident, the Delta state Police command’s spokesman, DSP Celestina Kalu, said the woman’s corpse was yet to be found in the water.
http://www.nikefreerunshoesplus.com nike free trainers 7.0
She added that the acid victim was currently receiving treatment at a private hospital in Asaba, while the husband was in police custody.