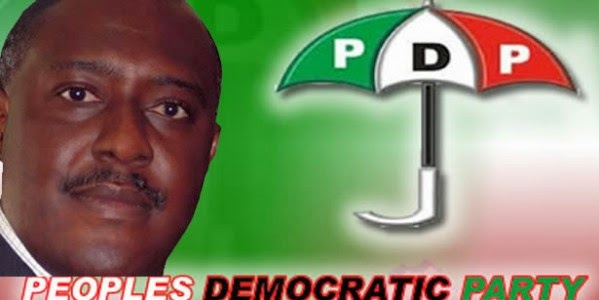 The Peoples Democratic Party (PDP) has described criticisms by All Progressives Congress’ (APC) Presidential Campaign Organisation against projects executed by President Goodluck Jonathan in the education sector as clear manifestation of ill-will.

This is contained in a statement issued by Mr Olisa Metuh, National Publicity Secretary of PDP, on Wednesday in Abuja.

Metuh said that Jonathan, as a highly educated leader attached importance to education as a vehicle for the realisation of innate potentials of citizens.
http://www.newbalanceshoesinc.com joes new balance outlet
He said that it was for such reasons that the president developed the education sector through various policies and programmes of his administration.

He restated that in spite of the criticisms by the opposition, the Jonathan-led administration had delivered on education and establishment new federal universities across the country.

“It is despicable that while well-meaning Nigerians and the international community are applauding President Jonathan for his bold initiatives in revamping the sector, the APC is engaged in unwarranted mudslinging and personal attacks.

“This is all in an ignoble attempt to score cheap political point”, he said.
http://www.nikefreerunshoesplus.com womens nike free
Metuh reminded the APC that no matter how hard it tried, “propaganda and lies would never overshadow the truth”.

He added that it remained an “incontrovertible fact that the education sector experienced stability and growth under Jonathan’s administration”.

“In criticising Jonathan for establishing 14 new universities in his determination to ensure that all states have a federal university, the APC and Buhari Campaign Organisation have allowed their political interests to becloud their sense of reasoning.

“At no time in the history of Nigeria has any administration achieved this quantum leap in education”, he said.

He said that the new universities had since taken off, with their academic programmes meeting the standards prescribed by regulatory authorities, including the provision of infrastructure.

The PDP spokesman added that the three-pronged programmes of Almajiri Education System, the first of its kind with over 150 special schools, was one of the achievements of President Jonathan in the education sector.

He also said that the Girl-Child Education and Back-to-School programmes, were among others established by the present administration to drastically reduce the out-of-school children profile in the country, particularly in the north.

He added that the administration provided enabling environment for greater participation of individuals and agencies in the education sector, resulting in massive establishment of private primary, secondary and tertiary institutions across the country.

Metuh, therefore, challenged the APC to show records of the achievements of its flag-bearer in education while he was in government and those of states controlled by it. (NAN)