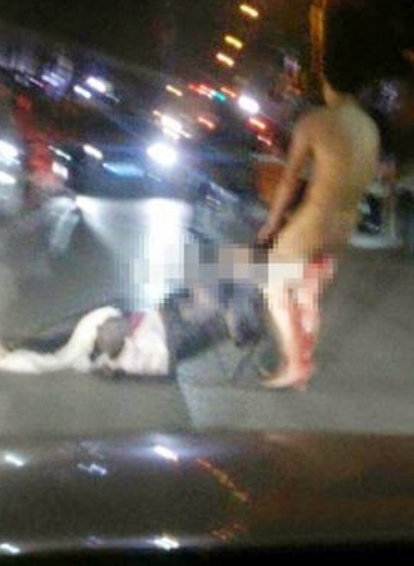 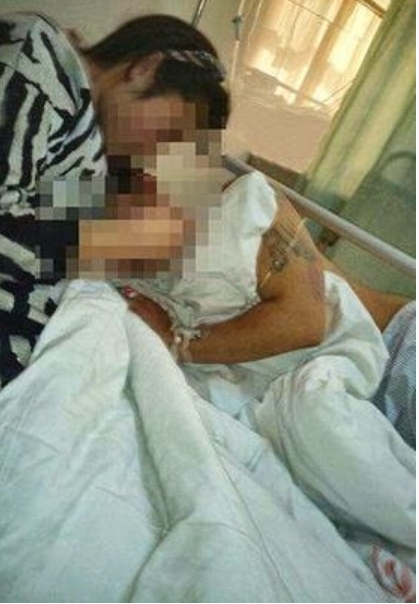 A jilted wife in China has been arrested after she allegedly chopped off her cheating husband’s penis twice. According to reports in China, two-timing dad-of-five, Fan Lung, 32, used his wife’s phone to send lover Zhang Hung, 21, a saucy email from his marital home in Shangqiu. But he forgot to log out of his account and his stunned wife, Feng, 30, came across the message along with several others, which sent her flying into a rage.

Furious, she’s said to have grabbed a pair of scissors and stormed into their bedroom, where he was sleeping, and snipped off his manhood. Fan was rushed to hospital, where the organ was sewn back on.

However, Feng is then reported to have sneaked back into her husband’s hospital room and cut off his penis for a second time, this time throwing it out of a window. 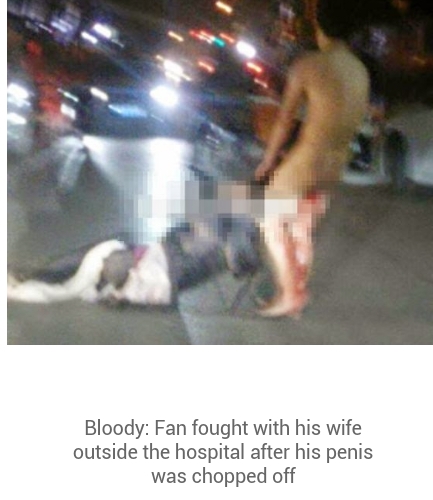 A hospital spokesman said: “The first we were aware of what happened was when someone came into the reception area to say a naked man was beating up a woman outside the hospital.
“Staff rushed out to see what was happening and found the patient with blood streaming down his legs hitting the woman.
“He was stopped and the woman was taken in for treatment, and then we discovered she had chopped his penis off again.”

Doctors and police officers combed the area outside but failed to find the man’s missing member. They believed it may have been taken by a stray dog or cat.

The hospital spokesman added: “The man had lost a lot of blood and was taken in for emergency surgery.

“He is now in a stable condition but is extremely emotionally distraught.”
Fan’s lover who arrived at the hospital said she planned to marry him as soon as she could.
She said: “It doesn’t matter that he’s lost his fertility, he has five children already.”
Fan’s wife Feng was discharged and is now under arrest for grievous bodily harm.