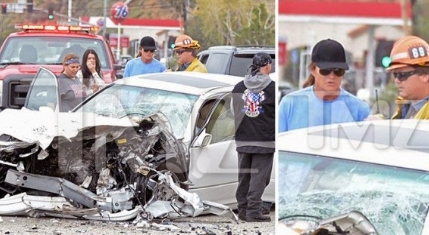 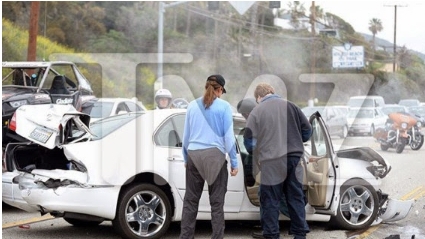 One law enforcement source said Bruce seems to be ok, but again, we’re told the 7 survivors sustained some injuries, ranging from minor to moderate.
We’re told Bruce had picked up his Polaris UTV after loaning it to a wounded veterans group.
Update
1:45 PM PT — Several eyewitnesses say the accident was caused when Bruce rear ended the white car and that car then went into oncoming traffic and was struck by the Hummer.  Eyewitnesses say the driver of the white car — a female — died. 1:55 PM PT  Jenner family sources tell TMZ, Bruce told cops he was being chased by as many as 5 paparazzi when he rear ended the white car.  He says he was not drinking and volunteered to do a field sobriety test, which we’re told he passed.