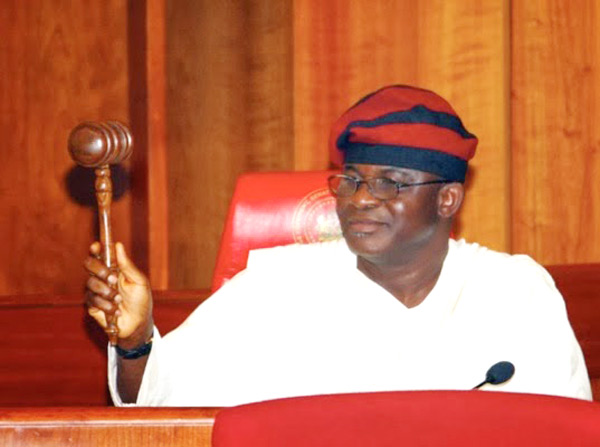 Senate President, David Mark, on Tuesday nailed the coffin on insinuations that the ruling Peoples Democratic Party might use the National Assembly to elongate the tenure of President Goodluck Jonathan through an Interim National Government.

The senate president, in a welcome speech he read to senators following their resumption from the one month long election break, explained that the ING was alien to the 1999 constitution and that as such, it cannot work out under the current democratic arrangement.

He, therefore, appealed to politicians against using the issue to heat up the already tension soaked political atmosphere.

“These are not ordinary times in our nation. There is palpable tension in the land and the comments and even the body language of the political class further exacerbates the tension.

“As statesmen and women, we must rise to the occasion and help reduce tension. We must refrain from acts or statements that will aggravate this already charged atmosphere across the country.

“This is time for us to be true statesmen and women; both in words and deeds. I am alarmed that the issue of Interim National Government has been given undeserved prominence in our national discourse.

“This is imprecise, sordid and strange. Interim National Government is alien to the 1999 Constitution (as Amended). Therefore those calling for ING are pushing for an exercise in futility”, Mark said.

He insisted that the Senate was committed to the provisions of the nation’s constitution which members swore to protect and that they will not do anything to sabotage the democratic process.

He also called on the Independent National Electoral Commission to continue preparing to conduct a free, fair, transparent and credible general election.

According to him, “We owe it a duty to our country men and women to give INEC all the support it needs to conduct a free, fair, transparent and credible election.

“It is important to note that on the 29th of May, 2015, a democratic government elected through a free, fair, transparent and credible election will be sworn-in”, he added.