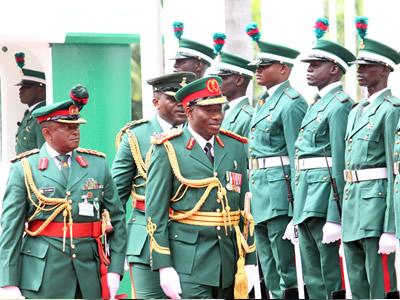 The Conference of Nigerian Political Parties, CNPP, has warned that any further move by President Goodluck Jonathan to politicise and manipulate the Armed Forces will be antithetical to the survival of our fledgling democracy and the continued corporate existence of the nation.

The CNPP, in a statement signed by its National Publicity Secretary, Mr. Osita Okechukwu, therefore, appealed to the president, to hence forth stop the politicization of the Nigerian Armed Forces in the collective interest of the nation.

According to the umbrella body of registered political parties, “We are of the candid view that the Nigerian Armed Forces is one institution that must by all means be spared from the vagaries of politics”.

The CNPP pointed out that, “For regimes come and go and the Armed Forces remains as the epitome of our unity and common unity factor.”

“CNPP is appalled that President Jonathan who should be rated as the luckiest beneficiary of the Nigerian Project; one who became deputy governor, governor, vice president and president with less sweat, wittingly or unwittingly playing into the hands of enemies of our dear country, who predicted that Nigeria is going to disintegrate.

“CNPP views President Jonathan as an Auto-Pilot, who if not halted by eminent Nigerians and the international community is heading towards a dangerous route.

“We are gravely worried, when we see the same Anything Goes Advisers, to name but a few, Colonel Sambo Dasuki, Chief Anthony Anenih, Dr Doyen Okupe, General David Mark, Colonel Ahmadu Ali,  who led the former military president General Ibrahim Babaginda to the ignoble annulment of 1993 June 12 presidential election in the cock-pit of Jonathan’s jet”.