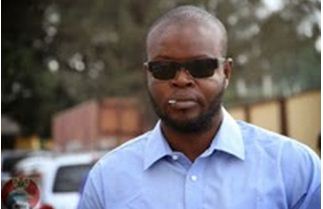 Find the EFCC press statement below…

A legal practitioner, Barrister Babatunde Ojo, was on Monday, February 16, 2015 arraigned by the Economic and Financial Crimes Commission, EFCC before Justice Oluwatoyin Ipaye of the Lagos State High Court, Ikeja, on a 48-count charge bordering on obtaining money by false pretence, forgery and issuance of dud cheques. Ojo allegedly used his company, Amberville Communications Limited, to obtain the sum of N117, 350, 000.00 (One Hundred and Seventeen Million, Three Hundred and Fifty Thousand Naira) from Mr. and Mrs. Mathew Awodiya of First Hebron Homes and Investment Limited in the guise of allocating 50 shops at HFP Eastline Shopping Complex, Ajah, Lagos, to them.

The victim was allegedly linked to Ojo by one of the directors of the Shopping Complex. He was told that, the amount per shop was N4, 000,000 (Four Million Naira only) , with Fifty (50) shops, costing N200, 000,000 (Two Hundred Million Naira only). The victim negotiated for 50 shops but paid a deposit of N117, 350, 000.00 (One Hundred and Seventeen Million, Three Hundred and Fifty Thousand Naira). However, the director that linked the victim with Ojo later denied knowledge of any transaction for sale of shops with the suspect, and invariably debunked claims of having received payment from the suspect.

All efforts to get a refund of the money paid for the shops proved abortive. One of the charges read: “Babatunde Ojo and Amberville Communications Limited, on or about the 13th day of April, 2010 at Lagos within the jurisdiction of this Honourable Court with intent to defraud, obtained the sum of N15, 000,000 (Fifteen Million Naira) from Awodiya Olusegun Mathew under the false pretence that the money was part payment for purchase of fifty (50) shops from HFP Engineering Limited at HFP Eastline Shopping Complex, KM 26, Epe Expressway, Ajah, which representation you knew to be false”. When the charges were read to the accused person, he pleaded not guilty.